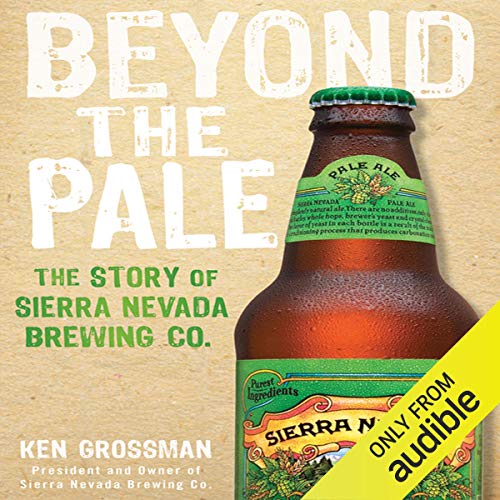 By: Ken Grossman
Narrated by: Jones Allen
Free with a 30-day trial

Personal tales of perseverance and beer-making from the founder of Sierra Nevada Brewing Co.

Beyond the Pale chronicles Ken Grossman's journey from hobbyist homebrewer to owner of Sierra Nevada Brewing Co., one of the most successful craft breweries in the United States. From youthful adventures to pioneering craft brewer, Ken Grossman shares the trials and tribulations of building a brewery that produces more than 800,000 barrels of beer a year while maintaining its commitment to using the finest ingredients available. Since Grossman founded Sierra Nevada in 1980, part of a growing beer revolution in America, critics have proclaimed his beer to be "among the best brewed anywhere in the world."

Beyond the Pale describes Grossman's unique approach to making and distributing one of America's best-loved brands of beer, while focusing on people, the planet and the product.

Beyond the Pale shows how with hard work, dedication, and focus, you can be successful following your dream.

What listeners say about Beyond the Pale