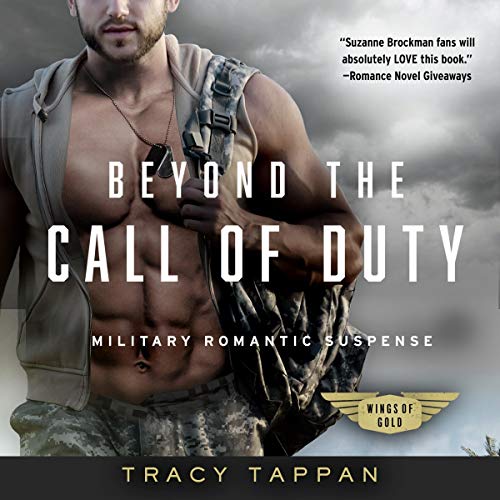 Beyond the Call of Duty

By: Tracy Tappan
Narrated by: Jeffrey Kafer
Try for $0.00

Eric "LZ" O'Dwyer, a senior lieutenant stationed out of San Diego, is in command of his own helicopter detachment out of the HSM-75 Wolf Pack. Deployed off the coast of South America on a counterdrug operation, Eric jumps at the chance to take down a ruthless drug lord. But to do it, he'll have to join forces with badass DEA Agent Nicole Gamboa. Infiltrating the drug lord's mansion is crucial to the mission, and to pull it off, Eric and Nicole have to play out an intimate scene together that leaves them both reeling.

In the aftermath, Eric wants to foster something real with Nicole, but there is a secret part of Nicole's life that makes a relationship impossible. The mission erupts again, and Nicole and Eric end up relying on each other in ways they'd never predicted. The stakes are raised to their highest when the drug lord gains the upper hand, and living or dying hinges on a final showdown between Nicole and her past...and whether Eric can get to her in time!

What listeners say about Beyond the Call of Duty

Loved who the author got to narrate this book. I could listen to his voice all day. I had already read the book and really enjoyed listening to the story. I will be buying more audibles from this author.

Multi POV, written in third person by Tracy Tappan, and narrated soley by Jeffrey Kaveri (both author and narrator are new to me), and I was impressed by both. Eric “LZ” O’Dwyer, is a helicopter pilot deployed off the coast of South America who ends up joining forces with DEA Agent Nicole Gamboa to bring down a ruthless drug lord. This enemies to lovers, action romance has lots of twists and turns. It took me a while to get into the story, but once I cottoned on to who was who, and what their mission operative was, I was all in. I loved all the secrets and all the suspense that came with the story and characters. The whole story ultimately revolves around Nicole and LZ trying to get one step ahead of Cortez and his men, all whilst trying to deny their attraction to each other. I’ve got to say the narration was spot on, Jeffrey Kaveri pulled off narrating all characters perfectly and made the whole experience highly enjoyable. I’ll definitely be looking into more books by this author and with this narrator.

Well worth the listen!

Love this book And Jeffrey Kafords narration only added to this military romance. Looking forward to more Tracy Tappan books in audio