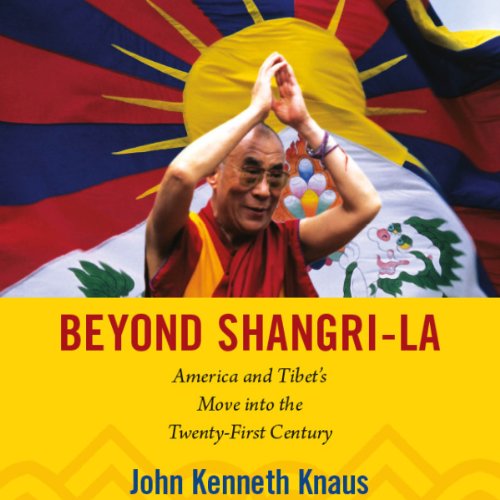 Beyond Shangri-La: America and Tibet's Move into the Twenty-First Century

By: John Kenneth Knaus
Narrated by: Steve Berner
Try for $0.00

Beyond Shangri-La chronicles relations between the Tibetans and the United States since 1908, when a Dalai Lama first met with U.S. representatives. What was initially a distant alliance became more intimate and entangled in the late 1950s, when the Tibetan people launched an armed resistance movement against the Chinese occupiers. The Tibetans fought to oust the Chinese and to maintain the presence of the current Dalai Lama and his direction of their country. In 1958, John Kenneth Knaus volunteered to serve in a major CIA program to support the Tibetans. For the next seven years, as an operations officer working from India, from Colorado, and from Washington, D.C., he cooperated with the Tibetan rebels as they utilized American assistance to contest Chinese domination and to attain international recognition as an independent entity.

Since the late 1950s, the rugged resolve of the Dalai Lama and his people and the growing respect for their efforts to free their homeland from Chinese occupation have made Tibet's political and cultural status a pressing issue in international affairs. So has the realization by nations, including the United States, that their geopolitical interests would best be served by the defeat of the Chinese and the achievement of Tibetan self-determination. Beyond Shangri-La provides unique insight into the efforts of the U.S. government and committed U.S. citizens to support a free Tibet.

What listeners say about Beyond Shangri-La: America and Tibet's Move into the Twenty-First Century

The dude reading this GREAT BOOK needs to know the function of commas and periods. Reads entire paragraphs and pages like one loooong sentence. Even slowing down the listening speed on the app doesn't help.

Takes great gulps of air throughout prose while tearing through the script with all the emotional intensity of reading the back of a tampon package to 10-year-old boys.

Dense, Compelling, a little too Fast!

This is the first audiobook I've ever bought that was read too fast! I usually listen at 1.5 speed, but even tried going down to .75 speed for this one (too much distortion though).

Wonderful piece of unbiased history. I came away wishing the Tibetans had a sovereign homeland but deep enough in the nuance of real-politik not to just think China bad, Dalai Lama good.

Hard to keep up with all the names of diplomats, leaders, conferences, etc. but well worth the effort to gain this prism into that whole story which I had little knowledge of.