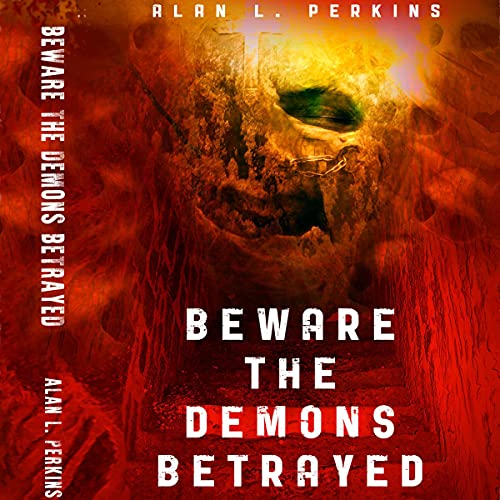 To survive and stay a step ahead of the competition during the Wild West years, entrepreneurs had to cheat. So, it was without compunction that one group of prospectors raised spirits of the dead to pinpoint the most profitable ore-bearing veins up for grabs in Colorado's gold rush. But during one incantation, they overstepped an unwritten rule, conjuring a demon that refused to go away.

Over a century later, the demon incarnate has resurfaced, only to wander the mountains while trying to regain its memory - and a purpose. But time is running out. The awakening has created a rift in the spiritual world, and to prevent a cataclysm, powerful magi converge on Colorado.

But the one thing greater than the sorcerers' fear of one of Hell's mightiest roaming free is their hatred for one another, though little do they realize that the fiercest obstacle in their way is a sociopath high school teacher and Lorissa, a tough-minded woman, who will do whatever necessary to protect her home and her family.

What listeners say about Beware the Demons Betrayed

I love reading books in the horror genre and this one did not disappoint. There is a lot going on: demons, serial killers, sorcery, depravity....you get the idea.

I have spent time in the area of Colorado where the story is set and I enjoyed the history of the area around Caribou and Boulder. Two young men exploring an abandoned mine get more than they bargain for when they discover human remains. They unknowingly unleash a demon and things soon get much worse.

A young couple has purchased a Victorian home in Boulder and are immersed in renovations. However, they don't realize the horrific history of their home and the evil that dwells inside. Then, you have a mild-mannered Philosophy teacher who is anything but mild-mannered at times. All of these incidents come together and it is unsure who (or what) will survive.

I did have a little problem with the author's use of what I call "big" words. At times, I felt like he was talking down to the reader. Also, there was a lot of philosophizing among some of the characters that dragged the story for me. I usually like my horror reads to be more action oriented instead of psychological.

That being said, this was an entertaining book and I know that I will be reading more by this author. The book is well-written, well-researched and also educational.

The narrator did a great job and her pacing kept the story moving along at the perfect speed. I was given the chance to listen to the audio version of this book by the author/publisher/narrator and chose to review it.

Great yarn, intriguing characters and I would surely recommend it to anyone who loves a paranormal mystery story. I put Alan Perkins' book (mine an audible... and funny enough the last syllable of his last name has the same sounding of another famous horror writer) side by side with Stephen Kings' books.

This is a very well written and exciting story. Other than a few mispronounced words, the narrator did an awesome job.

I really enjoyed this book, the characters, of which there were many, were interesting and had some very different stories of their own, some of which made uncomfortable reading but showed the background and why the character had acted in a particular way. The story came together and was an entertaining listen which was well narrated too.

This book was completely out of my comfort zone. But I went into it with an open mind to hopefully broaden my horizon. And I’m so glad I did. What a very entertaining book. All the characters really came to life. Not once in the book did I feel bored or got distracted. It kept me gripped. Very well written and the narration was excellent

Interesting occult horror book spread over decades, with character side stories dipping in and out of different time lines and rivalry between evil 'wizard's'. I read a lot of horror books, this was a decent read but I also found it an uncomfortable read. It is well written and the narrator did a good job.

I was given this book for free of my own choosing and voluntarily left this review.