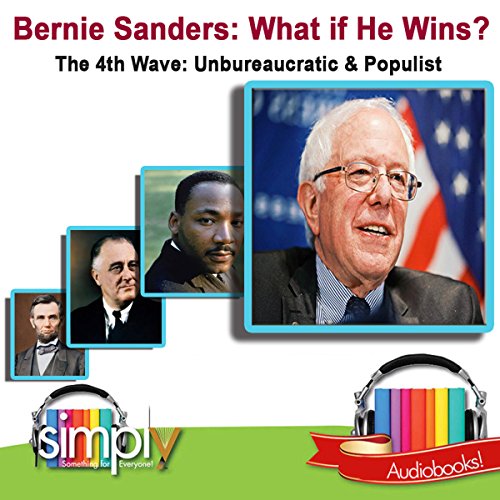 Bernie Sanders: What If He Wins?

Bernie Sanders: What If He Wins?

Bernie Sanders: What If He Wins? is about Bernie being a possible first fourth-wave president, unbureaucratic and a populist. Bernie is a change agent who would be known for shaking up the political and economic environments through a hard left socialist agenda. As with Bezos, the second Steve Jobs, and Mark Zuckerman, Bernie would report to the people directly onstage and alone, as he already does. A landmark work.

Not excellent; not even worth the 30 minute listen

Old narrative from 2015; not reflective of what is happenning today. I am sending back.
Please don't offer this out of date story again; does not do anything for anybody.
Really a hit piece if you listen between the lines.