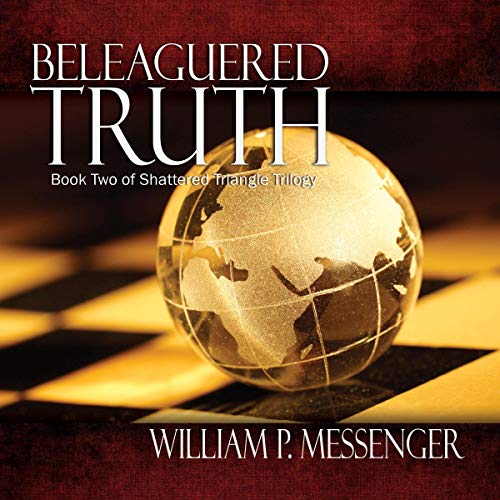 International terrorism and political turmoil dominate the early 21st century in this sequel to Shattered Triangle: A Consequential Murder. War looms on the horizon, straining ancient friendships as nations are divided over how to confront and conquer terror. As world conflicts threaten to spiral out of control, politics, religion, and law enforcement each seek ways to respond to these new realities and bring order from chaos.

Artfully blending fact and fiction Beleaguered Truth follows three central characters called upon to balance their professional lives with the burden of personal tragedy. Senator Giuseppe Lozano, Fr. Giovanni Lozano, and Lt. Tom Moran admirably fulfill their official duties. Yet each is uniquely burdened by the disturbing truth behind a family murder in Hancock Park. A truth they cannot even share with each other.

What listeners say about Beleaguered Truth