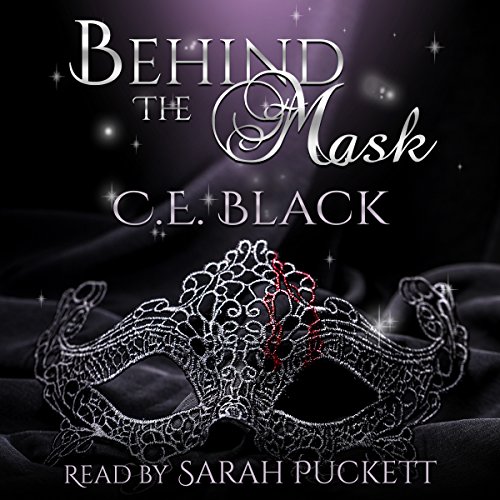 Kassandra Darkmorré is hiding behind the mask of humanity, living her life as nothing more than a spectator. She watches, knowing the outcome of the lives around her.

While she was left all alone.

She never imagined one of her hospice patients would figure out what she was or ask for an explanation on her death bed. And Kassandra surely didn't expect the dying woman to give her something she hadn't had in almost 200 years. Hope.

"What you desire most is achievable. You must accept the invitation when it's presented."

While on the search for her true desire, she finds the man of her one and only dream, Cyrus Good. The attraction between them is instantaneous, but Kassandra can't help but feel like something is missing. And that maybe he has secrets as sinister as Salem itself.

And what about Xavier Drago? The mysterious man keeps popping up when she least expects him to. As annoying and demanding as he is, though, she can't help but be drawn to him just as intensely.

It all began with an invitation, but will it end with a happily ever after?

What listeners say about Behind the Mask

I was so lost at first because I did realize the witch was a male! The narrator did not differentiate much between male and female characters. After a few chapters, I restarted the book and tried to pay closer attention to details and figured out who was male and who was female! After I sorted the genders, I really enjoyed listening to this audiobook!

The story was very interesting and had witches and vampires working together against a common enemy! The conclusion was great and somewhat unexpected. It is nice to see a thoughtful, good vampire for a change! I really liked the heroine!

Looking forward to listening to more books by this talented author!

Where does Behind the Mask rank among all the audiobooks you’ve listened to so far?

The lesson that you should never be ashamed of who you are.

when Syrus told her that behind the mask is perfection

nothing in particular...the book was good in all aspects.

She sounded like i would sound if i read a book aloud. Clearly not a professional. i never appreciated how much narrators really add to the listening experience until i heard this book and heard what it should not sound like.

Did Behind the Mask inspire you to do anything?

Good story, narration a bit off

The story itself is very entertaining, creative and interesting. I really enjoyed it, but unfortunately the narration took away from the overall enjoyment. This book is less than 6 hours long and normally I would listen to it in one sitting. I couldn't do that with this book. The narrator never completely pulled me into the story and I kept getting distracted.

Interesting and likable cast of characters. A little steamy romance, a bit of action, a few twists, and a HEA.

Kassandra is not your typical vampire. She's a born vampire who wants to be human. Living forever isn't always what it's cracked up to be.

This is the first time I have listened to Sarah Puckett narrate a book. She's just reading the book especially in the beginning. It's dull. She has a pleasant voice and could be a really great narrator with more practice. It is spoken clearly with an even pace. There is a bit more of a difference between some her character voices as the story goes on. Her narration also flows more smoothly as the story goes on. The audio quality is not consistent the volume fluctuates at times.

If I had purchased the book I would have returned it based on the audio quality.

The story is good but the narration I could do without. She didn't draw me into the story or help me Picture what was happening. Other then the narration the book was intriguing and fast pace. I've read a lot of books by this author so I was excited to get a chance to hear the words come alive.
Hopefully it was nerves on the readers part. I think this may have been her first time. Not sure. But I will grab my books from this author.

Behind the Mask is perfection

A very different type of vampire book. I love reading vampire novels & have read hundreds, so I don't often find one that surprises me.

The characters were likeable & well developed, the story was fast paced & intriguing. The addition of witches to the story really made the difference.

The writing was great & Ms. Puckett's narration was wonderful.

Where does Behind the Mask rank among all the audiobooks you’ve listened to so far?

Not very high in term of audiobooks. In terms of story I very much enjoyed it.

Cyrus. Actually this was the only character I really liked because of how men are kinda emotionless in stories so the readers tone went well with this being a male character.

She lacked passion. I see great potential. She has a fantastic voice, but she only 'read' the story, the pitch pretty much stayed the same. There was no feeling in it whatsoever and it really brought down the feel of the whole story. It worked for the male characters but not at all for Kassandra. It made it just bleh.

Not at all. Normally this would be a quick listen for me as it wasn't long but this took me almost a week to finish because the reader was just reading the story and I won't relisten to this one.

The story line was great with lots of fun twists along the way. I look forward to seeing more from CE Black. I thought it was very original. I have not heard a story like this one.
Sarah Puckett has great potential. She just needs to feel the story and change the tone of her voice when she gets to excited parts or scary parts or just in general just to keep the story flowing. She kept the same "I'm reading from the book to an empty room" tone the entire time. Great voice but no emotions.

I was provided this audiobook at no charge by the author, publisher and/or narrator in exchange for an unbiased review via Audiobook Boom

Pretty good but narrator was a little off

What made the experience of listening to Behind the Mask the most enjoyable?

The story line about born vampires living forever and how the mask came into play.

born vampire or human which would you want


I received this book is exchange for an honest unbiased review.

When I first started this book I was confused the narrator didn't change her voice from character to character and was surprised when an obvious female character cock got hard. By the next chapter I had realized my misunderstanding. All in all the story line was great. Witches and vampires coming together what a great outcome.
I received this free for an honest review from the author or narrator.

Would you listen to Behind the Mask again? Why?

I would listen to this story over and over again as I think it is magical and bittersweet and so emotional. It really touched my heart and I felt such empathy with the characters as the story unfolded. The sadness and the loneliness of an immortal life lived with no companion to share the endless days. The pain of watching mortal friends die as their short human lifespans come to an end. The author has written the narrative so well that listening to the words, I felt myself feel what Kassandra was feeling. I felt this especially with the ending of the story that was so poignant. I absolutely adored this story..