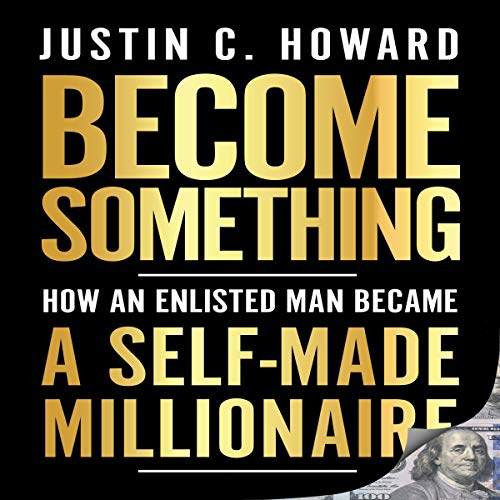 By: Justin C. Howard
Narrated by: Steve Corona
Try for $0.00

At some point in his chaotic youth, Justin Howard decided he was going to make something of himself, find inner peace, and achieve financial freedom.

Become Something: How an Enlisted Man Became a Self-Made Millionaire chronicles how this small-town kid from Ohio enlisted in the navy at age 18, received an Other Than Honorable discharge a few years later, and at long last learned to harness the latent power simmering within.

Justin's journey to millions taught him that the key ingredient to success was developing good judgment, but good judgment is often the result of experience, and experience frequently comes from making bad decisions. Justin made his share, but eventually he learned to seek counsel on his journey to allow those who had already "been there, done that" to help him find his footing.

Justin's inspiring story offers a roadmap for how to proceed when nothing goes as planned.

What listeners say about Become Something

Better than I could of imagined!!!

This book keeps you wanting more! It also keeps the goal in black and white. It leaves out the jargon and is straight to the point.