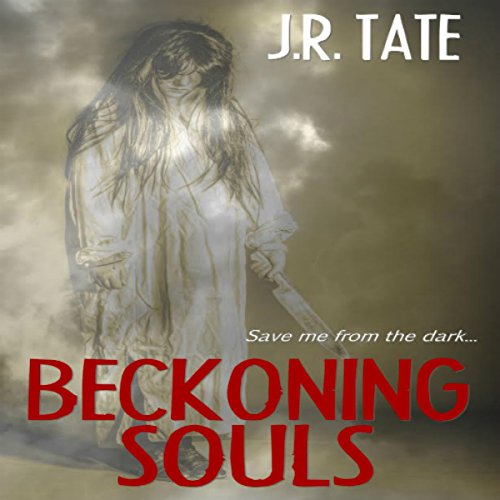 By: J.R. Tate
Narrated by: Aaron Clawitter
Free with a 30-day trial

Nathan Gallagher doesn't believe in ghosts. As a fireman, he's seen his share of dead people, but they never spoke to him before - until now. His marriage is great, and his relationship with his son is strong, but Nathan is sure that if he tells his family that he's seeing ghosts, it is a quick ticket to a padded room and a straightjacket.

When the ghosts become violent and attack Nathan, his secret is revealed - except his wife doesn't believe his claim about the supernatural. She demands he seek professional help. He knows he's not crazy, but with no proof that the ghosts are real, he's committed to a mental hospital against his will. The ghosts follow him, pushing him farther into a terrifying world he can't find his way out of.

With his marriage, his sanity and even his very life at stake, Nathan needs to find out why the ghosts are haunting him before it's too late.

What listeners say about Beckoning Souls

Almost quit reading the narrator was so poor


This book was an incredible story, but the narration ruined it for me. I almost just bought the book and quit the narration it was so poor. Absolutely no vocal character, very sing-song and boring. I have never given a poor review based on the narration, but this was simply awful! This is a narrator I will never, never, purchase again!!

Not a Great Book

I couldn't get into this book. The writing was stilted, and the dialogue was unnatural. The editing was poor. This story could benefit from a good copy editor. The narration was difficult to listen too I suggest to download a sample before you buy it. There was little differentiation between the character voices, and the narrator's voice was much too old for the main character. I can't recommend this book.

It seems the writing is by someone that was probably new and young. I kept reading it because I wanted to find out what happened but I have read a lot better

Most Ridiculous Ending Ever

The book was good until the last few chapters. Seemed like the writer fizzled out and couldn't finish.