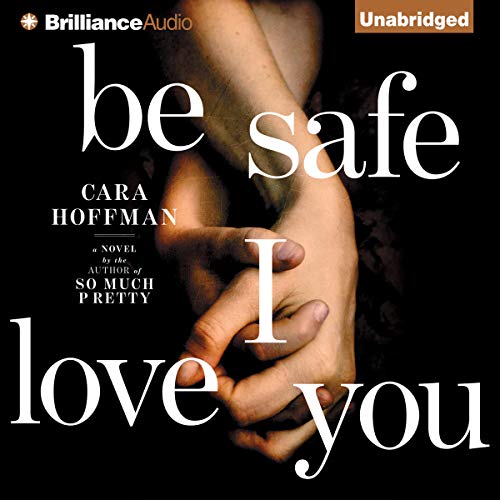 Be Safe I Love You

By: Cara Hoffman
Narrated by: Christina Traister
Try for $0.00

Lauren Clay has returned from a tour of duty in Iraq just in time to spend the holidays with her family. Before she enlisted, Lauren, a classically trained singer, and her brother, Danny, a bright young boy obsessed with Arctic exploration, made the most of their modest circumstances, escaping into their imaginations and forming an indestructible bond. Joining the army allowed Lauren to continue to provide for her family, but it came at a great cost.

When she arrives home unexpectedly, it’s clear to everyone in their rural New York town that something is wrong. But her father is so happy to have her home that he ignores her odd behavior and the repeated phone calls from an army psychologist. He wants to give Lauren time and space to acclimate to civilian life.

Things seem better when Lauren offers to take Danny on a trip to visit their mother upstate. Instead, she guides them into the glacial woods of Canada on a quest to visit the Jeanne d’Arc basin, the site of an oil field that has become her strange obsession. As they set up camp in an abandoned hunting lodge, Lauren believes she’s teaching Danny survival skills for the day when she’s no longer able to take care of him.

But where does she think she’s going, and what happened to her in Iraq that set her on this path?

From a writer who The New York Times Book Review says, "writes with a restraint that makes poetry of pain", Be Safe I Love You is a novel about war and homecoming, love and duty, and an impassioned look at the effects of war on women - as soldiers and caregivers, both at home and on the front lines.

What listeners say about Be Safe I Love You

What disappointed you about Be Safe I Love You?

The story was slow. It took more than half way through the book to see where the story was heading and for something to start happening. Also, was too far into the book before you could figure out what the issue was with her father. The language was a little rough as well.

What could Cara Hoffman have done to make this a more enjoyable book for you?

I think some of the characters could have been developed more or had a better story line.

The narration was good. I enjoyed listening and the narrator definitely made the story more exciting. I would have found just reading it quite dull.

I had hoped to like this book. Just very disappointed!