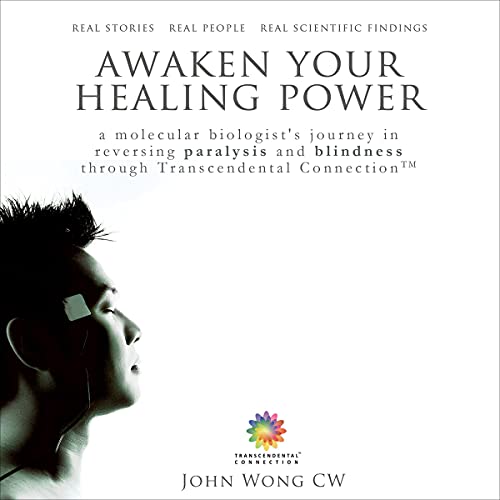 In 2005, John Wong, a 31-year-old molecular biologist was struck by a peculiar illness that led to his paralysis from his neck down. Some of his organs had also started to malfunction. As if it was not enough for him to bear, he even lost his ability to see. His own body has unexpectedly failed him at the peak of his career and life, as he had known it then, came to a standstill.

Yet, he somehow managed to defy the judgement of most medical doctors who thought he was a lost cause and miraculously recovered from his paralysis and blindness over an arduous period of 3 years.

In Awaken Your Healing Power, John shares his experience of establishing a transcendental connection with the source, how it has led to his miraculous healing, and how it has allowed him to be a vehicle for further healing in others, as he continues to tread this lifelong path of self-awakening.

This book reminds us once again why the so-called "miracles" happen. This book will broaden your awareness about yourself and your life. But most importantly, the book will help you to unleash your power from within.

What listeners say about Awaken Your Healing Power