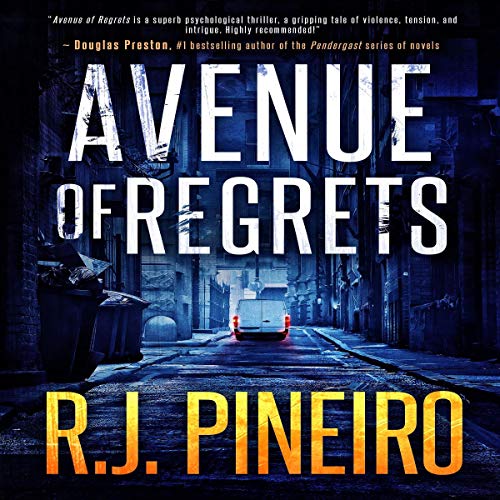 What would you do if you discovered that the violent death of your family seven years ago was not as it had seemed? How far would you go to uncover the truth?

"An engrossing novel of domestic suspense . . . a fast-paced tale of murder and horrific crime with twists and turns worthy of Hitchcock." (Publishers Weekly)

David Wallace had it all: A beautiful wife, an infant son, and a great career. Until a tragic mistake ended it all.

Seven years later, David has managed to move on with his life, having started a shelter for battered women. But he's still haunted by the indiscretion that changed his world forever. He hopes, even prays, that by helping those abused, those living in fear, he might be able to put his dark days behind him.

But on the seventh anniversary of that terrible night, he learns that everything that happened back then - everything - was not as it had seemed. This revelation propels him into a world of unspeakable violence he never knew existed.

Still, he won't stop - he can't stop. How could he? Could you? Someone killed your family and for seven long years made you think you were responsible.

But there are dark forces in play demanding a reckoning. Besieged by past demons, David discovers enemies and crimes so heinous and, so far reaching, they threaten to propel him down another Avenue of Regrets.

"A hard-hitting examination of regrets, atonement, and acknowledging sins committed and those imagined." (Midwest Book Reviews)

"Greed, violence, and the hope of redemption are the defining themes of Avenue of Regrets, a non-stop action thriller." (Foreword Reviews)

What listeners say about Avenue of Regrets

He lost what was important to him, and now told it all was a lie of what happened seven years ago. What would one do, a crime he doesn’t remember or doesn’t want to. A plot that goes from present to the past.intreguing and good narration by Doug..Given audio for my voluntary rebiew.

On the seventh anniversary of the 'accidental' death of his wife and child, a man gets told that everything he knows about the night he lost his family is not what it seems. He was also accused of a crime he cant remember commiting. Doing everything he can to find the truth, he uncovers various worlds he never knew existed.

This thriller was great. The story builds up skillfully through brilliantly interweaving clues throughout the story. You go through the present and the past and all the zigzaging reveals put all the pieces into place. It was a masterful plot built up intricately with various layers adding to the story.

Doug was a good fit for the story. He narrated well and clearly and i enjoyed his performance.

There is a lot napping in the book and the author takes U they it wonderfully to answers all the mistories of how he ends up the way he is was worth the listen I do wish hah been narrated by woman. ..This was a free read from autoboom

Things were not as they seemed seven years ago.

Hold onto your hats for this triple roller coaster of a mystery thriller. Seven years prior to the start of the story, consultant David Wallace lost eveything: his wife, his son, his friends, his job, and was arrested for a murder he did not commit. Unexpectedly released, he slowly rebuilt his life in Austen, Texas, opening a shelter for battered women with his attorney, Ryan. But on that seventh anniversary, as David was drowning his lost sorrows in a bar in San Francisco, he was handed a note telling him that things were not as they had seemed, shortly before he is knocked unconscious whilst attempting to save the messenger from a bullying couple. He's in trouble with the police again and all of the wounds of the past reopened.

A host of colourful, curious characters, including the first person teller of the story, populate this book with it's complex twisting plot which propels the reader in so many different directions it is difficult not to get lost. There's humour, too, as well as sinister protagonists and dirty deeds, 'cuts, bruises and band aids'. The whole thing, both plot and characters, is larger than life yet has a solidity as well. The same could be said of narrator, Doug Briggs, whose sort of geeky rendering of David seems to fit that character perfectly. He reads with a regretful but sardonic tone, slightly dysfunctional, with words disjointed rather than fluid, an affectation which quickly becomes irritating although this does smooth out considerably for most of the book. Mr.Briggs is also surprising in giving fresh and individual voicings to each of the myriad of characters encountered.

I am indebted to the rights holder of Avenue of Regrets, who, at my request via Audiobook Boom, freely gifted me with a complimentary copy. Thank you so much. This was my first experience of the author, R.J.Piniero's work but I will now actively seek out other books by him. This was a really fast paced read that kept me intrigued, bemused and guessing throughout. Recommended to all readers who enjoy who-dun-its, surprise thrillers and curious characters. Great fun - just remember to breath.