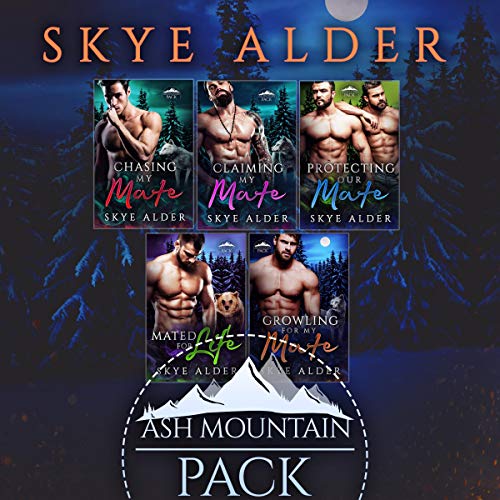 Ash Mountain Pack contains the books: Growling for My Mate, Claiming My Mate, Mated for Life, Chasing My Mate, and Protecting Our Mate!

Growling for My Mate:

Will this alpha shifter be able to convince his mate that they’re meant to be and that there’s nowhere that she belongs more than with him and his pack?

Will this shifter be able to claim his mate and convince her that there's nowhere else she belongs than in his arms?

Will Rylan be able to convince Clementine that once you’re mated, it’s for life?

Krew has spent the last few years chasing off any guy who showed an interest in his girl, but he’s tired of chasing off guys. Now, he’s going to start chasing his mate.

When Kai and Easton learn that they're fated to the same mate, they're surprised. When they find out that she's running from someone, they’re suddenly grateful that there’s two of them. They just might need it if they want to protect their mate.