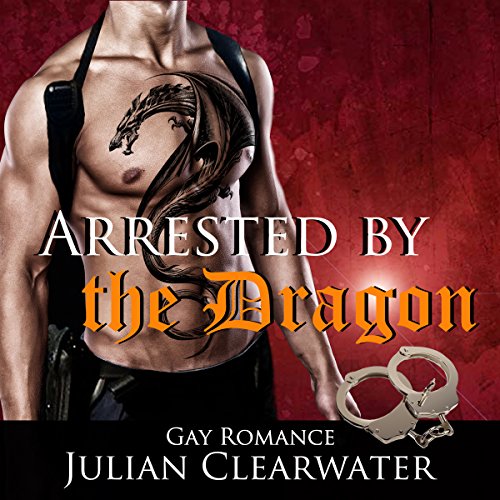 Arrested by the Dragon

By: Julian Clearwater
Narrated by: Michael Hamilton
Try for $0.00

One was a petty thief with a secret desire for a respectable life.

The other was a rookie cop with a disturbing secret.

The mysterious power of the dark blood would bond them in a way that neither could predict.

Dragon shifter Daryl Jameson has one goal - impress the police chief of his new department. The task is harder than he expected, though, because he suspects corruption. It doesn't sit well with Daryl to ignore crime, and when a handsome vagrant is kidnapped, Daryl is determined to do what it takes to help him.

Rick Lamaar has survived on the streets by picking pockets. When he unwittingly tries to pick the pocket of the city's biggest crime boss, Rick finds himself in a dangerous situation. If Rick trusts the hot police officer who seems everywhere on his heels, he could put them both in danger. With their hearts and their very lives on the line, Rick must find a way to save them both, and in doing so, allow himself to be saved.

What listeners say about Arrested by the Dragon

This story was just not thought out very well. The story outline had great potential...however...Half of it seemed to be ripping off the plot of zootopia, also it was also just a little too unbelievable. Like an entire police force ignoring the police chiefs obvious involvement in criminal activity. I mean I don’t care how crooked of a police chief a person may be, non of them are stupid enough to stop a cop from pursuing a kidnapping in progress, and think it would go unreported. even if the police chief was that stupid no cop would have witnessed a kidnapping and not pursued the criminal, even if they were ordered to stand down. unless they were in on it. Also the main character getting beaten to the point that two people thought he was dead, and still being able to walk around, and eat steak with newly broken, and pulled teeth. The ending was bs. The city police don’t decide who a new police chief is. You apply for the position just like any other, and you’d never see a rookie officer as a police chief. The dragon storyline was unclear. Did they know he was a dragon?

The over all idea for the plot line was good, but it just fell short for me. I was tempted to just stop listening to it, but held out to the end. The narrator either mispronounced words often or the editing of the book failed to catch some things. Overall I'm glad this book was under ten dollars and I didn't waste a whole credit on it.

would love more ... gay shifter stories are my fave and this short one was fantastic thank you!