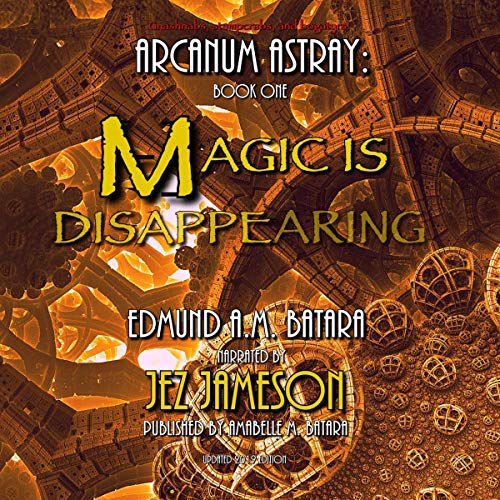 Updated Edition (November 2018). From the writer of the epic fantasy series - The Accidental Archmage Series.

Enter an Earth where magic history took a detour. Where science and magic co-exist. Trains and magic carpets. Detectives and demons. Demons and professors. Explore the world with Professor Lucius K. Henry, High Mage and magical detective extraordinaire. Sherlock with magic. And trains, flying carpets, mages, deadly enigmas, spies, vampires, and other such unsavory creatures, books of ill repute, and much, much more.

But something is terribly wrong. Magic is disappearing.

What listeners say about Arcanum Astray: Magic Is Disappearing!