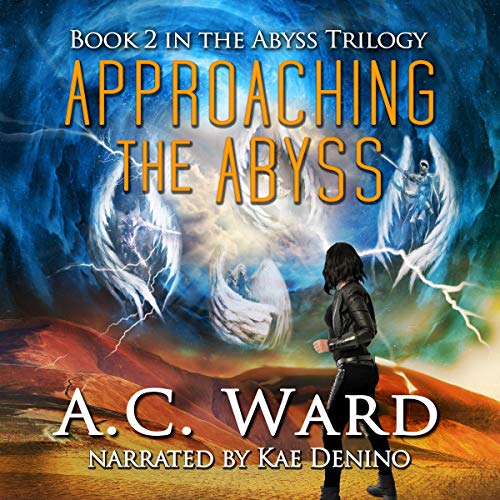 Demons on the loose.

Then, the angels come to kill them all.

After her mother abandons her, Aubrey doubts her abilities more than ever. She failed to close the Abyss. Desperate to prove herself, Aubrey enters the demon realm...only to trigger a new disaster. She releases the Four Horsemen of the Apocalypse. These angels are uncompromising in their purpose: to massacre humanity.

Aubrey alone has an immunity to match the angels, but it isn’t enough. She is faced with making a pact with a demon, or worse, her own mother. Aubrey must decide or lose those she cares about.

Will her choices prevent the apocalypse, or are they actually the steps leading to the end?

The second installment in The Abyss Trilogy, a coming-of-age YA dystopian fantasy. Perfect for fans of dystopian worlds, apocalyptic prophesies, and angel lore.

Listen today to find out if Aubrey will avoid approaching the abyss.

What listeners say about Approaching the Abyss