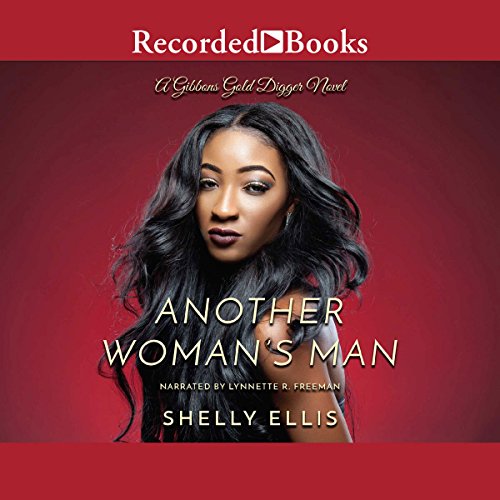 By: Shelly Ellis
Narrated by: Lynette R. Freeman
Try for $0.00

The notorious gold digging Gibbons women of Chesterton, Virginia are minding their own highly-paid business when second eldest sister, Dawn, is reunited with the one man she never dreamed she'd see again.

Dawn Gibbons is shocked when her long-lost father reappears in her life. Seriously ill, his dying wish is to reconnect with her. But for Dawn, it's complicated - her wealthy father comes complete with jealous relatives - and a handsome young lawyer Dawn finds dangerously sexy. Dangerous because he's engaged - to her newfound half-sister. One thing a Gibbons woman doesn't do is steal her sister's man. Yet, for the first time, Dawn may care about love more than money.

Xavier Hughes isn't easily thrown, but the electricity between him and Dawn leaves him unsettled. And when his fiancée insists he investigate Dawn's background, it only pushes him closer to the one woman he should resist. Soon, both Xavier and Dawn will have to face the consequences of breaking the family rules.

Nominated For an NAACP Image Award

Author bio: Shelly Ellis is an award-winning journalist who earned her journalism degree at the University of Maryland, College Park. Her novel, Another Woman's Man, was nominated for a 2014 NAACP Image Award. The romance and women's fiction author is also a film buff and amateur painter. She lives in Upper Marlboro, Maryland, not far from Washington, D.C., with her husband.

What listeners say about Another Woman's Man

Can't get past the 1st chapter. The narrator is horrible for this book. So disappointed because the book probably is good. Can't do the narrator male voices so painfully bad. Could've gotten someone better.

Overall it was a good book and I enjoyed the series. However, the narrator was hard to listen to. Her male voice impressions were pretty bad. Would’ve enjoyed the book much more had another narrator been chosen.

This may have been a good book but I wouldn't know because I didn't get pass chapter one with this narrator!! I mean gosh!!! Sounds like she has a very bad cold, mucus backed up, half sleep and everything else HORRIBLE! What happened to Lisa Smith or Nicole Small or Honey Jones or ANYBODY but her!! I recommend the paperback because this will make you give the whole book zero stars simply because of the narrator!! Refund Please!!!

This is the worst narrationsever!!

This was one of the worst narrations ever! I'd rather have read the book myself. Lisa Smith is a better choice for the Gibbon series..... hands down!

book and story was good. I gutted it out despite the worst narrator i have ever heard in 8yrs
with audible. If i ever ever see Ms.Freeman's name attached to anything again I will just skip that book. Don't want to be cruel to Ms Freeman no doubt she is talented in her own right but she has to get better with doing men's voices. Listening to her at times was like fingernails on a chalkboard.
Book was great, I really like Ms Ellis.
charles.J

What would have made Another Woman's Man better?

Narrator is horrible which the author would have had the last narrator this one is not good for this book, it is making it very hard to get through it.

Who would you have cast as narrator instead of Lynette R. Freeman?

Initially the narrator's voice was ROUGH. Eventually I guess I grew accustom. Book was great and I'm hurriedly onto the next. I need to know wappens to Cynthia.

The narrator was deplorable.... That may be a huge reason I wasn't as in to the book...

The story and the characters were interesting, However, the narrator was horrible. In the beginning, after hearing the narrator, I wanted to request a refund. But since I couldn't I finished the book. I am really glad that I did.

The narrator definitely killed this for me...its unfortunate because I really enjoyed the first 2 books of this series with Lisa Smith...its rough, but I'm going to try to finish