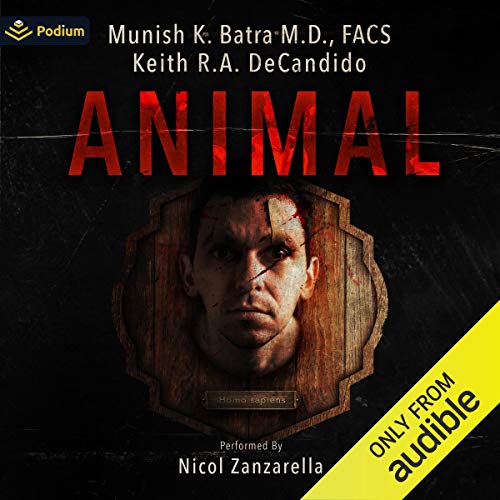 Two grisly murders are committed at a meatpacking plant by a person wearing a cow mask.

Not long after, the CEO of a water park is brutally killed by someone wearing an orca mask. Interpol agent An Chang believes these are the latest acts of a ruthless serial killer he has been chasing for more than 20 years...a killer who targets those who harm innocent animals.

Elephant poachers in Chad, Russian big-game hunters of endangered species, dog fighters in Atlanta, European food execs who gorge ducks to make paté, gorilla hunters in the Congo, ivory merchants in China. Those who torture animals are not safe....

Working with two California detectives, Chang races to unmask the killer as his spree ramps up. But the killer’s motives and history are far deeper than anyone realizes, and the truth of his rampage leads on a wild chase from the streets of Shanghai around the globe.

A relentless thriller by renowned surgeon and humanitarian Dr. Munish K. Batra, in collaboration with international best-selling author Keith R.A. DeCandido. This thought-provoking, pulse-pounding novel will engross and enthrall and ask the question: Do the most noble of intentions justify the most horrific acts?

"I promise you it will grab hold of you and not let go; it will inspire you, it will anger you and it will live uneasily in your mind for a long time." (David Fisher, New York Times best-selling author of Lincoln's Last Trial and Never Turn Your Back on an Angus Cow)

What listeners say about Animal

left it. as an animal rights activist, the different animal cruelty topics this touched upon, especially the ones in California and Southern california, struck close to the heart