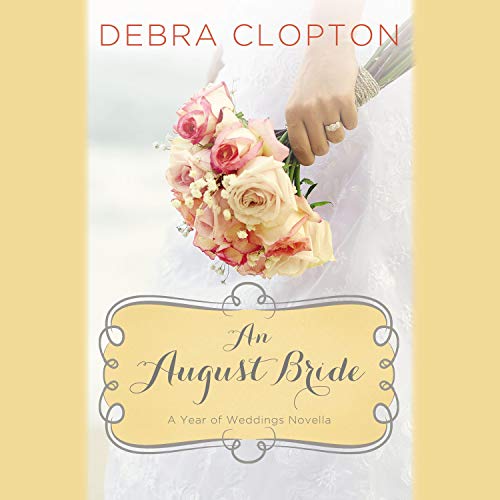 By: Debra Clopton
Narrated by: Amber Quick
Try for $0.00

A year's worth of novellas from 12 inspirational romance authors. Happily ever after guaranteed. Kelsey vowed never to love a cowboy again. But then she meets Brent. After a cowboy broke her heart, Kelsey Wilcox traded in her boots for flip-flops and a bistro on the beautiful sandy beach of Corpus Christi. Two years later, still not believing in happy endings, she is about to endure a weekend of torture at her cousin's beach wedding. Not only will she be forced to watch yet another wedding, but her great-aunt and her two best friends - aptly nicknamed the "matchmaking posse of Mule Hollow" - are coming to the wedding, and Kelsey is sure to be on their radar. Brent Corbin has had his share of bad luck with women and isn't looking for love or looking forward to the weekend of wedding festivities as a groomsman for his friend. When he sees a commotion on the beach and what appears to be a mermaid in distress, he doesn't hesitate to dive to the rescue. His attention is instantly captured by the woman he's saved and it turns out they're part of the same wedding party. But the instant Kelsey spots his soaking wet boots she wants no part of him. Thrown together through the weekend, and with the meddlesome encouragement from the matchmakers, Brent is determined to pursue Kelsey and change her mind about cowboys. Sparks fly at this August wedding as Kelsey and Brent dance a rocky Texas two-step toward a beach wedding of their own.

What listeners say about An August Bride