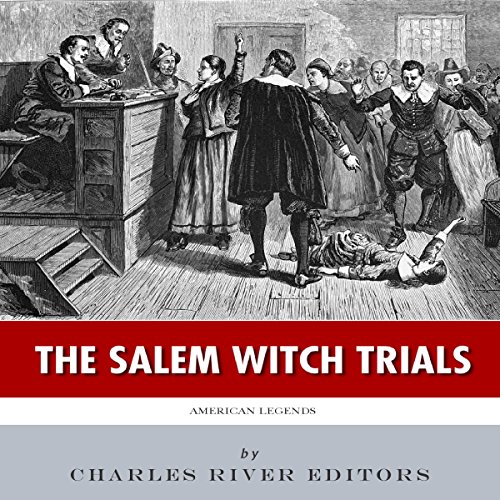 By: Charles River Editors
Narrated by: Bob Neufeld
Try for $0.00

"More than once it has been said, too, that the Salem witchcraft was the rock on which the theocracy shattered." - George Lincoln Burr

A lot of ink has been spilled covering the lives of history's most influential figures, but how much of the forest is lost for the trees? In Charles River Editors' American Legends series, listeners can get caught up on the lives of America's most important men and women in the time it takes to finish a commute. And they can do so while learning interesting facts long forgotten, or never known.

The sleepy town of Salem, Massachusetts was not unlike every other small village that dotted the countryside around Boston until 1692, when religious authorities held a series of hearings accusing dozens of people of witchcraft. These accusations occurred across a handful of towns outside of Boston, including Ipswich and Andover. However, since the most notorious trials were held in Salem, they have been known ever since as the Salem Witch Trials.

Today, the Salem Witch Trials are often remembered as being a relic of a superstitious past. Salem has transformed itself into a tourist haven and Halloween destination by capitalizing off the Salem Witch trials. But it was deadly serious in 1692, when 19 men and women found themselves taken to "Gallows Hill" and hanged for being witches. Another man, who was over 80 years old, was pressed to death for refusing to be tried for witchcraft. And from February 1692 to May 1693, hundreds of others were accused of witchcraft, and dozens of them were imprisoned for months until the mass hysteria finally died down.

What listeners say about American Legends: The Salem Witch Trials