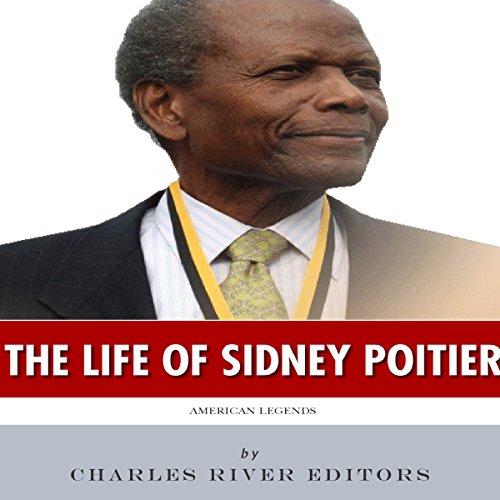 "In my case, the body of work stands for itself.... I think my work has been representative of me as a man." - Sidney Poitier

"To be compared to Jackie Robinson is an enormous compliment, but I don't think it's necessarily deserved." - Sidney Poitier

Near the end of the 20th century, the American Film Institute ranked the greatest actors and actresses who worked during the Golden Era of Hollywood and the first half of the 1900s, and Sidney Poitier was ranked 22nd among the men. Given the company he was surrounded by, such a distinction could be considered honor enough, but Poitier also happened to be the only minority on the list, an accomplishment made all the more incredible given the systematic discrimination he faced within the industry and the land where he grew up.

Though he spent much of his childhood in the Bahamas, Poitier was born in Miami and was exposed to the effects of Jim Crow at a young age. With no good educational opportunities, Poitier struggled to even learn how to read as a teen, and after a stint in the Army, it's unclear where his life was headed until he successfully auditioned for a spot in the American Negro Theater, an organization that staged plays during the 1940s and helped groom both Poitier and Harry Belafonte to be actors.

What listeners say about American Legends: The Life of Sidney Poitier

I decided to listen to this audiobook because one of my all time favorite movies is one of Sidney Poitier's lesser known roles, Crease in Sneakers. Although fairly short, this biography of Poitier packs in a lot of information not only about his movie career but also his background and experiences fighting for his place in Hollywood at a time of much discrimination. I had no idea just how prolific his acting career was and what strength of character he must have to achieve such success from complete poverty. I think that even readers without an affinity for non-fiction will enjoy this quick but interesting piece of American history.

I have listened to many audiobooks with Rhett Samuel Price's narration, but this was the first non-fiction book. Even though his specialty is with giving multiple characters distinct voices, this skill was not necessary with this genre. However, the narration is still superb. Price's usual smooth delivery makes this story pass by in the blink of an eye.