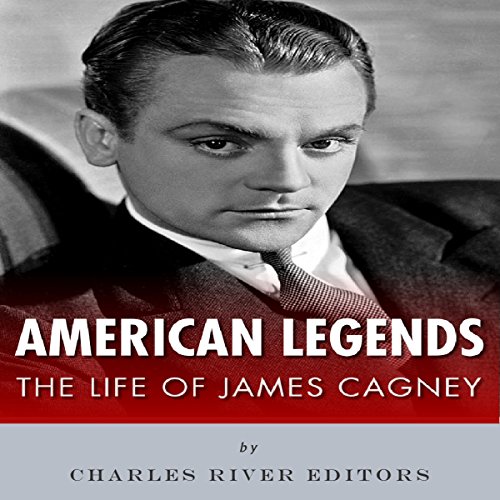 By: Charles River Editors
Narrated by: James Romick
Try for $0.00

"You don't psych yourself up for these things, you do them.... I'm acting for the audience, not for myself, and I do it as directly as I can. " (James Cagney)

When the American Film Institute assembled a list of its top 100 actors of all time at the close of the 20th century, one of the top 10 was James Cagney, an actor whose acting and dancing talents spawned a stage and film career that spanned over five decades and once compelled Orson Welles to call him "maybe the greatest actor to ever appear in front of a camera." Indeed his portrayal of "The Man Who Owns Broadway", George M. Cohan, earned him an Academy Award in the musical Yankee Doodle Dandy. As famed director Milos Forman once put it, "I think he's some kind of genius. His instinct, it's just unbelievable. I could just stay at home. One of the qualities of a brilliant actor is that things look better on the screen than the set. Jimmy has that quality."

Ultimately it was portraying tough guys and gangsters in the 1930s that turned Cagney into a massive Hollywood star, and they were the kinds of roles he was literally born to play after growing up rough in Manhattan at the turn of the 20th century.

What listeners say about American Legends: The Life of James Cagney

Informative but the narration was a bit dry. Loved all the stories about Mr. Cagney!

I found this book to be Informative and entertaining I personally learned so much more about one of my favorite actors. If you are a James Cagney fan I would definitely suggest giving this short book a listen. I only have one bad thing to say the narrator does a horrible impression of Mr. Cagney. This is my honest unbiased review.

This is a knowledgeable and interesting biographer of the late actor James Cagney. I learned a lot, knowing almost nothing about his life prior to listening.

I didn’t care for the narrator’s Cagney impression for the quotations, but that may be more personal preference than anything.

Good collection of the musicals and then the gangster movies. Portraying someone we knew from so many movies. A lot was covered we did not know about him. The humanitarian , that smiles, very well done.

Story of a legend.

Fascinating story. Could have been read a little better. A bit stilted though warm and compelling.