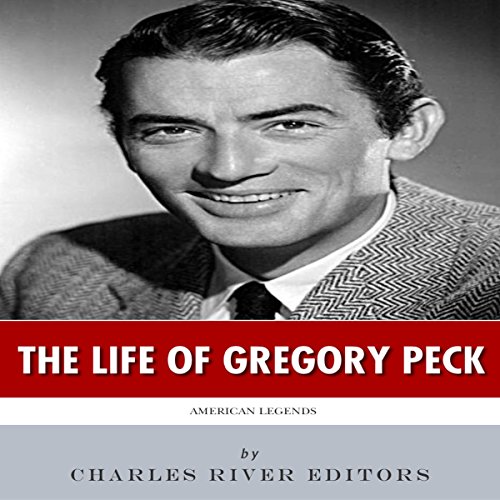 "Entertainment is all right, but entertainment with an idea behind it is much more important." – Gregory Peck

At the end of the 20th century, the American Film Institute ranked Gregory Peck 12th in its list of best actors, and it's not hard to see why. In addition to being one of the most popular actors in Hollywood for three decades, Peck won an Academy Award for Best Actor playing Atticus Finch in To Kill a Mockingbird, and he was also nominated several other times. Even when he wasn't being nominated for his performances, he appeared in some of the most acclaimed movies of the century, including How the West Was Won and Roman Holiday.

Peck was a household name across America, but far from resting on his laurels, he poured just as much energy into humanitarian causes, though he didn't think much of it, saying, "I'm not a do-gooder. It embarrassed me to be classified as a humanitarian. I simply take part in activities that I believe in." Nonetheless, Peck's work as a humanitarian led to him being awarded a Presidential Medal of Freedom by Lyndon Johnson in 1969, when he was still near the height of his career. He championed several causes over the years, most of them liberal ones like gun control and gay rights. Always outspoken, he even lent his name and voice to politically charged commercials, including the notorious fight to stop Ronald Reagan's nomination of Robert Bork to the Supreme Court. Peck continued his work into the 21st century, and in 2011, several years after he died, he was commemorated with a postage stamp.

American Legends: The Life of Gregory Peck profiles the life and career of one of America's greatest actors. Along with pictures of important people, places, and events, you will learn about Gregory Peck like never before, in no time at all.