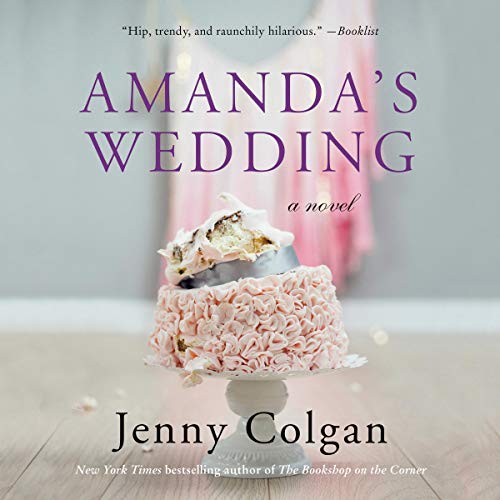 By: Jenny Colgan
Narrated by: Lucy Price-Lewis
Try for $0.00

From New York Times best-selling author Jenny Colgan comes the debut novel that made her the sensation she is today - a hilarious, unforgettable story of one woman’s mad dash to put a stop to the wedding of her old school friend who’s the complete opposite of the sweet Scottish lord she’s marrying.

Amanda’s old school friends, Mel and Fran, are shocked when the social-climbing queen of mean announces her engagement to a laird (Scottish lord). It doesn’t matter that Fraser McConnald has worn the same pair of Converse sneakers for the last three years and that his castle is a pile of rubble with one gas heater - she’ll be the wife of an actual laird! But Mel and Fran can’t just sit back and let the sweet and gentle Fraser marry Amanda, especially since Mel had a huge crush on him back in university. Something must be done!

Joining forces with Fraser’s adorable younger brother, Angus, they set out to sabotage this mismatch of the century. So between fighting off the attentions of a love-crazed accountant, keeping Fran’s deadly maneuvers’ with the opposite sex under control, and trying to win her own war of love with her aspiring rock-star beau, Mel finds herself preparing for a wedding that’s everything you’d wish on your worst enemy.

What listeners say about Amanda's Wedding

Looking for escape entertainment? Lively characters? Fun plots? Gentle satire? No pandemic? A free trip to London with late-20's romance in the air? And handsome men in kilts? All tied up with a perfect narrator? Then garb this book. There are f-bombs and raunchy language however...

This story is cute! You do find yourself wondering why Mel has any tolerance for Alex, why she remains friends with Fran, and why any of them associate with Amanda. Casual sex and alcohol abound, so if that bothers you, then this isn't the story for you. Generally, I enjoyed the story, though!

tedious, repetitive, a bit boring. Not as good as her other books. I recommend the Island series, starting with Cafe by the Sea.

I have enjoyed Colgan's heroines because they are usually good hearted, hard working young women. I just didn't find many redeeming qualities in this main character. Also, this book had more explicit language then I've seen in other books.

Worked in a pinch

I have enjoyed many Jenny Colgan books, but this was a let down. The main character was pretty wimpy and the language over the top. It became offensive.

Everything I have read from Jenny Colgan has been great. Added this into my library and was disappointed. I didn't find a point to the story. At points it caught me wanting more and then nothing happened.

This book made me laugh and was a bit more realistic. Realistic in cynicism and despair, yet, still hilarious and romantic with a happy ending. I enjoyed it.

This was a fun listen. I am fan of the writer as it seems all her books are happy and hold quite a bit of humor. Also I think most can relate to characters in some way. This is not my favorite book of hers but it's still a good one none the less.

this was a good romantic comedy. I enjoyed all the different British accents the narrator created. Very enjoyable.

Good, but I prefer her later books

I really enjoy Jenny Colgan's later books. This was a fun story, but not my favorite.