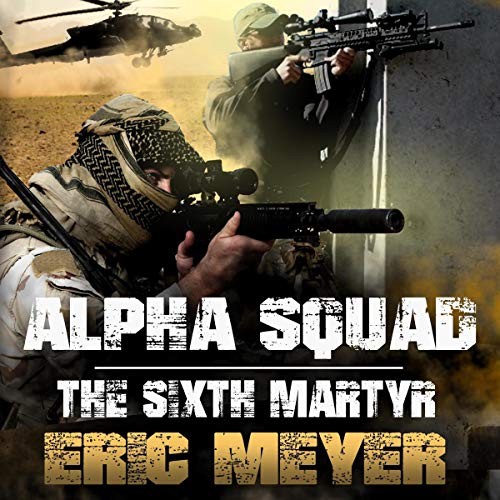 Joe Tyler lost everything when his wife and son are killed in a mall shooting. A former SEAL, and contractor for the CIA’s Alpha Squad program in Afghanistan, he has vowed never to go back. That was until 9/11. His older brother is the only family he has left, a successful broker working in the World Trade Centre when it is hit.

Tyler has nothing left to live for. Except a burning desire for revenge. With the image of the bearded Saudi psycho who ordered the attack in the forefront of his mind, he returns to Afghanistan. The million to one chance of getting a shot at him drives him on. Yet while he is there, he becomes embroiled in more than he’d bargained for. A series of chance encounters draw him more into the coming conflict, including teaming up with his old Alpha Squad buddies. Tyler has to use every one of his old skills to survive. Bullet for bullet, bomb for bomb, he fights desperately to survive the new madness that has gripped the country and threatens to destroy it.

Alpha Squad: The Sixth Martyr is an incredible story of Afghanistan in the fiery aftermath of 9/11. A full-length novel by the best-selling author of many Spec Ops series. These include the popular SEAL Team Bravo stories, Heroes of Afghanistan, Raider, Echo Six, and Devil's Guard titles.

What listeners say about Alpha Squad: The Sixth Martyr

A man who seeks revenge should dig two graves!

The opening volume of a new series begins with horrific realizations for a Special Forces Seal, Joe Tyler coming home after two tours in Afghanistan. He learns that his wife and son were killed in a mall shooting. Then, calling his brother who was a stockbroker in the World Trade Center, just as the airliners crashed into them. Losing his entire family, Tyler wanted nothing more than revenge, fantasizing about putting a bullet in the head of Osama Bin Laden who issued the order. Tyler goes back to Afghanistan. From this point, we follow Tyler’s unexpected experiences as he comes across others in trouble, changing his plans to aid them. Some were friends from his previous tours and others were Afghans. The story is well-written, moves quickly, and the action is tense and plentiful. The characters are interesting, although Tyler, as a lone soldier, has too much luck avoiding death which greatly lessens the realism. Three.point.five. I was given this free review copy audiobook at my request and have voluntarily left this review.

Good book but lacking in narration

I enjoyed the storyline but there wasn’t much “Navy SEAL badassery”. The narrator did ok but it was like he wasn’t putting much feeling into it. I’ll listen to it again though for sure. Maybe part two will be better!