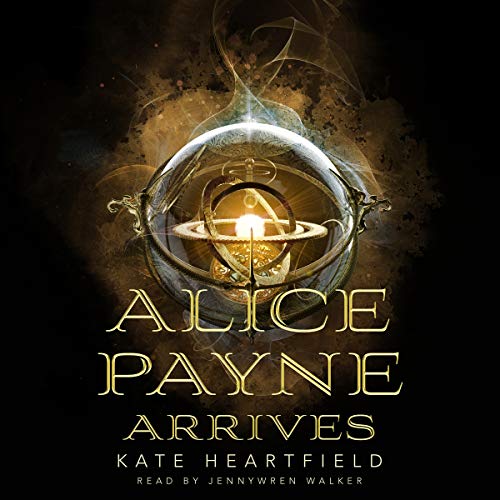 By: Kate Heartfield
Narrated by: Jennywren Walker
Try for $0.00

Kate Heartfield's Alice Payne Arrives is the story of a time-traveling thief turned reluctant hero in this science-fiction adventure.

A disillusioned major, a highwaywoman, and a war raging across time.

It’s 1788, and Alice Payne is the notorious highway robber the Holy Ghost. Aided by her trusty automaton, Laverna, the Holy Ghost is feared by all who own a heavy purse.

It’s 1889, and Major Prudence Zuniga is once again attempting to change history - to save history - but 70 attempts later, she’s still no closer to her goal.

But in 2020, the Farmers and the Guides are locked in battle; time is their battleground, and the world is their prize. Only something new can change the course of the war. Or someone new.

Little did they know, they’ve all been waiting until Alice Payne arrives.

the sound editing was terrible. otherwise it was a pretty decent story. I may buy the sequel.

its a good start

Problem is this story is all set up introducing characters and rules but nothing really happens. Still, I like the characters and concept and look forward to what happens next,