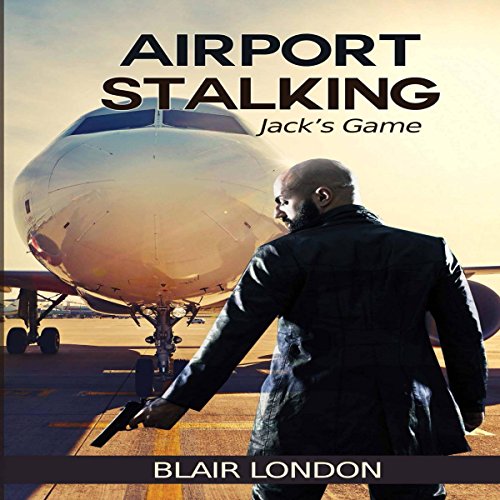 Airport Stalking: Jack's Game is one of the best thriller novels by Blair London.

In this thrilling novel Jack was at the airport with his mission of stalking someone and was observing Jonathan who was giving out too much information talking on his cellphone.

A woman started flirting with Jonathan in the hopes of hooking up; Jack figured he'd play along so she could be a pawn in his game. Suddenly the situation changes, as Alice was an undercover agent working to expose Jack and other stalkers in airports.

"Blair London has written thrillers that will rank with Clive Cussler, Jack Higgins, and Stephen J. Cannell. Can't wait to be starring in the movie adaptations of these books." (Matthew McConaughey)
"Blair London hits all the right notes with her books. Her characters are alive with passion and the scenes are vivid. Blair needs to keep the books coming and make a character especially for me." (Connie Britton)