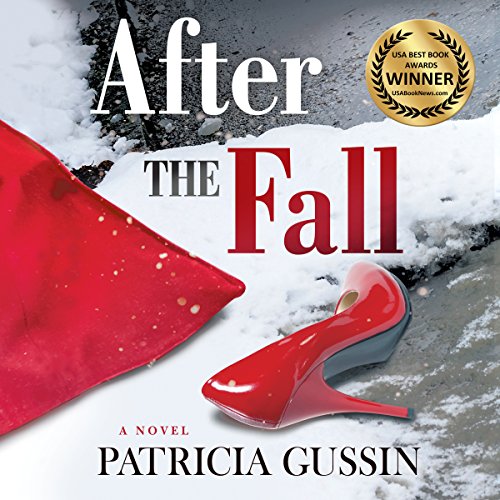 By: Patricia Gussin
Narrated by: Cynthia Hemminger
Try for $0.00

A tragic accident ends Laura Nelson's career as a surgeon. After accepting a position as Vice President for Research at a large pharmaceutical company, Laura works to finalize the imminent approval of the company's groundbreaking new drug. But Jake Harter, a malicious Food and Drug Administration employee, cannot let that happen. He is obsessed with Adawia Abdul, the beautiful Iraqi scientist who discovered the drug. As soon as the drug is approved, Adawia will collect a substantial bonus and reluctantly return home to replace her dying father, the lead scientist in Saddam Hussein's bioweapon program. As Hussein's henchmen apply brutal pressure to assure Dr. Abdul's speedy return to Iraq, Harter uses his influence to stall the drug's approval. If Laura gets in his way, he will eliminate her as he has her predecessor and his own wife.

Oh, what a tangled web we weave...

...when first we practice to deceive.” ― Walter Scott, Marmion

Audible classifies this as espionage. It is not. It is likely best classified as a medical or murder mystery. The protagonist, a female surgeon with 5 grown children, has some serious secrets. In any case it is an excellent story with outstanding narration.

A Note from the book's Narrator

The reviewer Manstein was correct that there were some quality issues with the book in chapter 1. These have been taken care of and you can download this audiobook with confidence. If you previously bought and downloaded the book, removing it from your library and redownloading will replace the book with the new one. We apologize for the inconvenience.

It's the narration. Repeating the same phrase 3 or 4 times with different intonations. 10 to 45 seconds of silence. Sniffing. Pauses with the narrator fiddling around. And these artifacts outnumber the actual story narrated. Aside from the annoyance, I just couldn't follow the story with all of those extras. Never heard anything so extremely inappropriate for something sold as a finished product. I can understand so extra sounds in an audiobook but it was so bad, I returned it. I cannot tell you what the story was about in the 20 minutes I tried to listen.