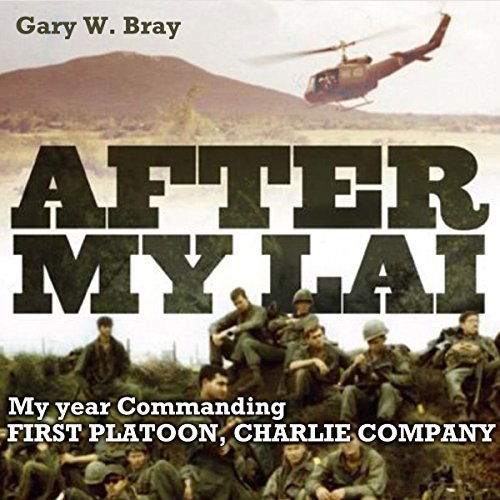 In the fall of 1969, Gary Bray landed in South Vietnam as a recently married, freshly minted second lieutenant in the U.S. Army. His assignment was not enviable: leading the platoon whose former members had committed the My Lai massacre--the murder of hundreds of Vietnamese civilians--18 months earlier. In this compelling memoir, he shares his experiences of Vietnam in the direct wake of that terrible event.

After My Lai documents the war's horrific effects on both sides of the struggle. Bray presents the Vietnam conflict as the touchstone of a generation, telling how his feelings about being a soldier--a family tradition--were dramatically altered by the events he participated in and witnessed. He explains how young men, angered by the deaths of comrades and with no release for their frustration, can sometimes cross the line of legal and ethical behavior.

Bray's account differs from many Vietnam memoirs in his vivid descriptions of platoon-level tactical operations. As he builds suspense in moment-by-moment depictions of men plunging into jungle gloom and tragedy, he demonstrates that what led to My Lai is easier to comprehend once you've walked the booby-trapped ground yourself. An intensely personal story, gracefully rendered yet brutally honest, After My Lai reveals how warfare changes you forever.

What listeners say about After My Lai

A true year by an unheralded young officer.

No big hero story if that's what your looking for but a great book if you want a realistic year of a young lieutenant in Vietnam and the men who served with him. Not long as compared to most war books but interesting from start to finish.