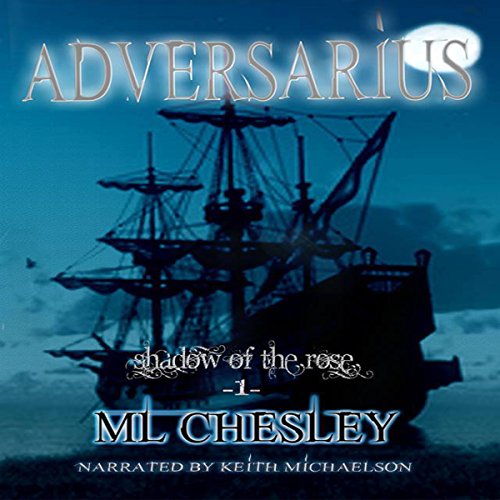 Two kingdoms. Two goals. The race of a lifetime.

Two neighboring kingdoms, Paridzule and Relavia, have been at war for over 500 years. An accidental alliance is about to be formed when Kayta, daughter of the king of Paridzule, becomes secretly engaged to Alabassin, heir to the Relavian throne. Peace does not come without sacrifice or challenges. Alabassin's father soon discovers his son's treason and is more determined to prevent that alliance from forming - no matter the consequences.

When Kayta and her brother, Hedric, disappear, the world assumes the worst. Their sister threatens to abdicate, leaving Paridzule exposed and vulnerable, with no ruler. Now, an unlikely, ragtag group must align to make sure Relavia's king does not invade Paridzule, taking the first step in what could become total domination.

What listeners say about Adversarius

Better than I thought

The author is unknown in the fantasy genre. Gave the book a shot because of Keith Michaelson. I've enjoyed some of his narration and this one didn't disappoint. His performance is solid.

The story was interesting with a good cast of characters. I sense a deep back story with several of the characters, which creates a larger feeling of awe in the world. Felt like the pacing was well done as well. Looking forward to the next installment...