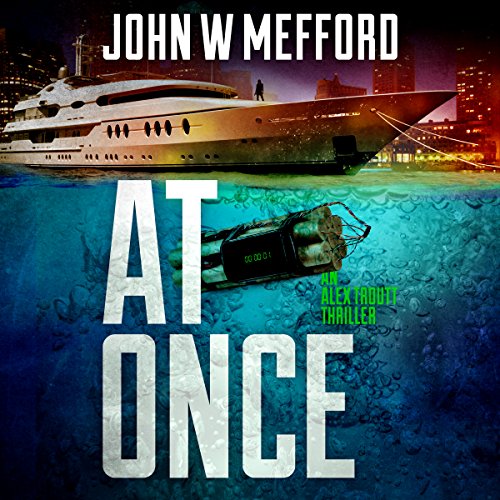 By: John W. Mefford
Narrated by: Jodie Bentley
Try for $0.00

"If you don't stand for something, you will fall for anything." FBI Agent Alex Troutt has no intentions of falling for anything. Apparently, neither do the bad guys, as the Boston area is once again targeted by extremists. Boston Strong of just a few years ago is now Boston on Edge. And this time, the targets are men of the cloth - priests.

At least that's how it looks at first. As investigators struggle to make sense of the bombings, Alex is thrown for a loop when the FBI assistant director asks her to investigate one of their own - a colleague and friend who is suspected of having ties to a known terrorist. Torn between her values of friendship and the oath she gave when she accepted her FBI credentials, Alex must now lead two investigations simultaneously.

The bombings don't stop, and panic sets in as the carnage spreads beyond the realm of the original targets.

Bloody Sunday. The IRA. The movement toward peace. Wounds of decades ago have reopened, bleeding all over Boston. As she pieces together the puzzle, Alex begins to wonder just how innocent her colleague really is. It's almost too much for her to fathom. Just how far will someone go to make a stand?

What listeners say about AT Once

FBI agent Alex Troutt is a widow with an early teen daughter and an 11 year old son. Her cheating husband was murdered one year ago. The publisher's summary is well written, so I suggest reading it before purchasing AT Once. The novel is a very good suspense mystery/thriller. Narrator Jodie Bentley does a fine job, but her voice range does not allow her to do adult male voices well.