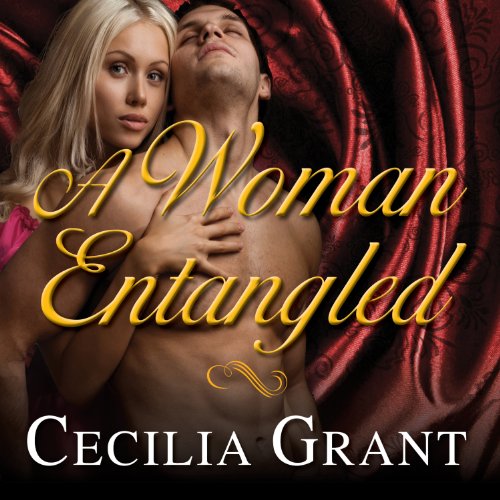 By: Cecilia Grant
Narrated by: Susan Ericksen
Try for $0.00

Kate Westbrook has dreams far bigger than romance. Love won't get her into London's most consequential parties, nor prevent her sisters from being snubbed and looked down upon - all because their besotted father unadvisedly married an actress. But a noble husband for Kate would deliver a future most suited to the granddaughter of an earl.

Armed with ingenuity, breathtaking beauty, and the help of an idle aunt with connections, Kate is poised to make her dreams come true. Unfortunately, a familiar face - albeit a maddeningly handsome one - appears bent on upsetting her scheme.

Implored by Kate's worried father to fend off the rogues eager to exploit his daughter's charms, Nick Blackshear has set aside the torch he's carried for Kate in order to do right by his friend. Anyway, she made it quite clear that his feelings were not returned - though policing her won't abate Nick's desire.

Reckless passion leads to love's awakening, but time is running out. Kate must see for herself that the charms of high society are nothing compared to the infinite sweet pleasures demanded by the heart.

What listeners say about A Woman Entangled: Blackshear Family, Book 3

I read this because you chose Susan Ericksen....tried to read it 3 times and couldn't get through it in spite of her great delivery. It lacks depth and I just couldn't get past the first 40% of the book.

I have almost 400 books and several I've listened to more than once here in Audible since just 2011, so am an avid book junkie and I have my favorite narrators as that is what makes the book better. Some great authors you can read all you want as a book but when you listen it has to be someone who can bring your words to life.

Susan does that for you but I have to get involved with the story and be interested so I want to go forward....this doesn't do it.

She is such an excellent writer

I cannot believe that EVERYONE doesn't see how fantastic a writer she is. Susan Erickson narrating is the icing on the cake. You'll laugh and cry and be gobsmacked by the books ability to portray the human condition.

Absolutely love the writing style of this author. The narrator did a fine job as well. I’ll be looking for more by this author in the future. So refreshing to have a story with two main characters who weren’t dukes, duchesses etc. Well done in do many ways.