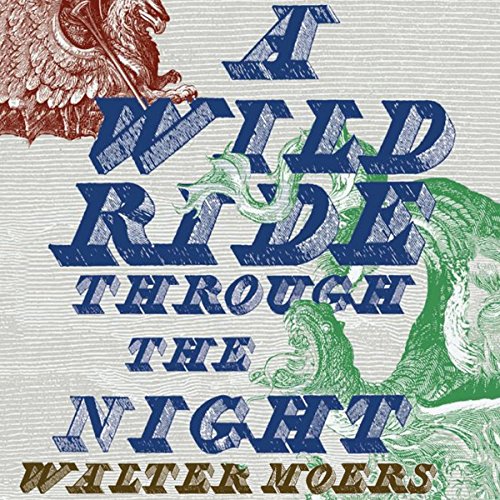 A Wild Ride Through the Night

A Wild Ride Through the Night

In the wake of the breakout successes of Walter Moers’ The 13½ Lives of Captain Bluebear, Rumo & His Miraculous Adventures, and The City of Dreaming Books, Moers is back with this fourth book, the tumultuous tale of a little boy and his encounter with Death. Moers bases his utterly delightful story on 21 woodcuts by the inimitable Gustave Doré, the most successful illustrator of the 19th century.

In a world between legend and dream, A Wild Ride Through the Night describes the exhilarating and comic adventures of 12-year-old Gustave, a boy who aspires to one day be a great artist. When a disaster at sea puts Gustave in the uncompromising hands of Death, he has the choice to give up the ghost or take on a series of six impossible tasks.

Gustave embarks on a strange and perilous journey during which he must save a princess from an angry dragon, pull a tooth from the Most Monstrous of All Monsters, fly over the moon, and even, somehow, meet his own self. Will Gustave’s creativity and imagination be able to save him from his fate?

Another hit from Walter Moers!

Another terrific and fanciful book from the author of 13 1/2 Lives of Captain Bluebear.

wonderful story couldn't stop listening. walter moers is a literature genius. All of his books never cease to amaze.

Perfect pairing with author and reader!! Moers never fails to provide an excellent story. Love all his books!

Bronson Pinchot is an amazing narrator. The range of voices and emotions portrayed for this wild ride of a story was almost unbelievable.

What made the experience of listening to A Wild Ride Through the Night the most enjoyable?

Bronson Pinchot is amazing at switching from character to character. A fantastic narrator. I will definitely be looking for more audio books read by him.

Would you be willing to try another book from Walter Moers and John Brownjohn (translator) ? Why or why not?

Yes. I really like the wildness and creativity of Walter Moers' stories. Captain Blue Bear was pretty great so I thought I'd try this one. Not as good, but still wild and creative.