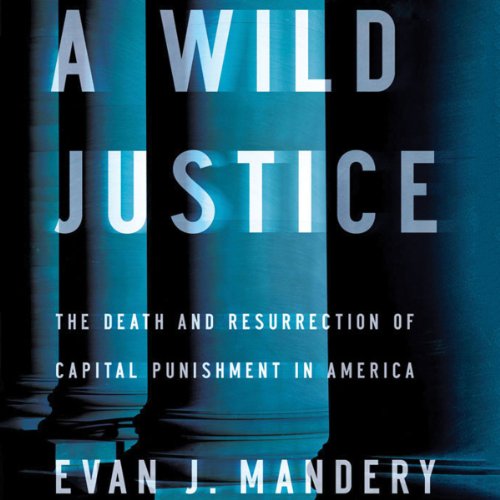 Drawing on never-before-published original source detail, the epic story of two of the most consequential, and largely forgotten, moments in Supreme Court history.

For two hundred years, the constitutionality of capital punishment had been axiomatic. But in 1962, Justice Arthur Goldberg and his clerk Alan Dershowitz dared to suggest otherwise, launching an underfunded band of civil rights attorneys on a quixotic crusade. In 1972, in a most unlikely victory, the Supreme Court struck down Georgia’s death penalty law in Furman v. Georgia.

Though the decision had sharply divided the justices, nearly everyone, including the justices themselves, believed Furman would mean the end of executions in America. Instead, states responded with a swift and decisive showing of support for capital punishment. As anxiety about crime rose and public approval of the Supreme Court declined, the stage was set in 1976 for Gregg v. Georgia, in which the Court dramatically reversed direction.

A Wild Justice is an extraordinary behind-the-scenes look at the Court, the justices, and the political complexities of one of the most racially charged and morally vexing issues of our time.

What listeners say about A Wild Justice

I'm enjoying the book itself, in particular the way the Justices come alive as very real and very flawed people. The narration, however, is problematic. The narrator sometimes reads the wrong word. For example, on multiple occasions, he reads the word "agreement," when it should be "argument." He refers, for example, to "procedural agreements" against the death penalty, which makes no sense. It's frustrating.

This narrator is awesome!

Would you consider the audio edition of A Wild Justice to be better than the print version?

His cadence made an otherwise dry subject exciting. His deep baritone stirred my nether-regions, lighting a fire in my loins and lubricating my giblets. Who knew the death penalty could elicit feelings usually reserved for Harlequin romances and cannibalism. Never since that stormy night with Walter Chronkite in the back of that Mobile taxi cab have I ever been seduced by a voice. This great-grand-mother will listen to books about the death penalties, race-cars or baseball as long as Jones Allen is the one reading it.

Only tears of ecstacy.