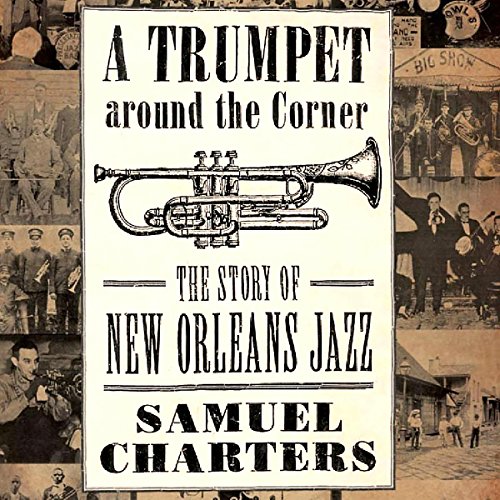 A Trumpet Around the Corner: The Story of New Orleans Jazz

By: Samuel Charters
Narrated by: Marcus D. Durham
Try for $0.00

Samuel Charters has been studying and writing about New Orleans music for more than 50 years. A Trumpet around the Corner: The Story of New Orleans Jazz is the first book to tell the entire story of a century of jazz in New Orleans. Although there is still controversy over the racial origins and cultural sources of New Orleans jazz, Charters provides a balanced assessment of the role played by all three of the city's musical lineages - African American, white, and Creole - in jazz's formative years. Charters also maps the inroads blazed by the city's Italian immigrant musicians, who left their own imprint on the emerging styles.

The study is based on the author's own interviews, begun in the 1950s, on the extensive material gathered by the Oral History Project in New Orleans, on the recent scholarship of a new generation of writers, and on an exhaustive examination of related newspaper files from the jazz era. The book extends the study area of his earlier book Jazz: New Orleans, 1885-1957, and breaks new ground with its in-depth discussion of the earliest New Orleans recordings. A Trumpet around the Corner for the first time brings the story up to the present, describing the worldwide interest in the New Orleans jazz revival of the 1950s and 1960s, and the exciting resurgence of the brass bands of the last decades. The book discusses the renewed concern over New Orleans's musical heritage, which is at great risk after the catastrophe of Hurricane Katrina's floodwaters.

Published by University Press of Mississippi.

What listeners say about A Trumpet Around the Corner: The Story of New Orleans Jazz

To anyone looking for an explanation of how this great American music that is Jazz (BAM) was conceived this is a great resource.