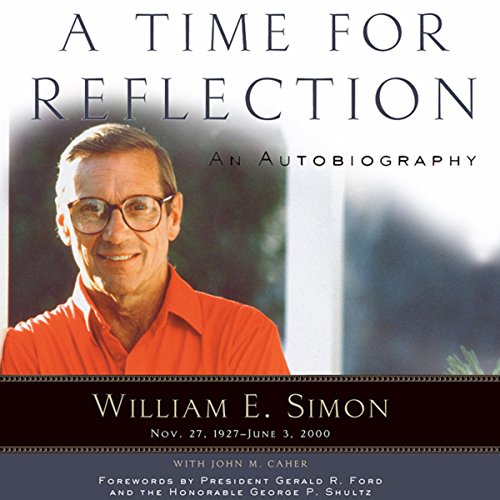 A Time for Reflection

Simon's insightful and often humorous autobiography, A Time for Reflection, includes a diverse cast of characters whose lives intersected with his own - from the President and his advisers at the White House to the highest realms of the Catholic Church (in particular, Cardinal Egan), to celebrities, like actress Meryl Streep and sports figures, like basketball coach Bobby Knight. In A Time for Reflection, Simon offers us some behind-the-scenes glimpses of history being made, including: President Nixon as Simon knew him, both in office and after; how Simon confronted Ronald Reagan during the Republican convention in 1980 to help nix the idea of a co-presidency with Gerald Ford; the tumult of the 1980 Moscow Olympic games, boycotted by the United States, and the 1984 Los Angeles games, boycotted by the Soviet Union; how Simon battled the Arab 'oil crisis' as 'energy czar' for President Nixon; Simon's fight in the Ford administration against Vice President Nelson Rockefeller on how to help a bankrupt New York City; making the case for freedom with his best-selling books A Time for Truth and A Time for Action.

Simon's fascinating life also encompassed sailing adventures - including conquering the Northwest Passage from Alaska to Greenland and being named king by a group of Fiji islanders - as well as adventures of the soul: giving away millions to charity; becoming a Eucharistic minister; and helping to care for the sick, the poor, and the dying. William E. Simon passed away on June 2000, but his autobiography, written in conjunction with and completed by John M Caher, is now published for the first time. It is a testimony to one of the truly impressive Americans of the twentieth century.

What listeners say about A Time for Reflection