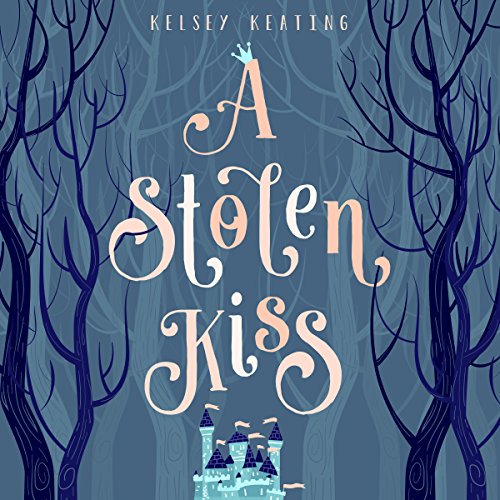 By: Kelsey Keating
Narrated by: John Pirhalla
Try for $0.00

A stolen kiss. An unstable curse. One big mess in the making.

Derric Harver never expected to amount to anything more than the palace stable boy, but when Princess Maria's curse keeps her from accepting a prince's proposal, she turns to him for help, and he doesn't dare refuse.

With the help of a lady's maid and a prince, Derric and Maria embark on a dangerous adventure to find the sorceress who cast the curse. Along the way they battle deadly creatures and make new friends - all the while struggling with the undeniable chemistry between them. Reaching their destination won't be easy, but the true peril lies in the truths they've fought for years to keep hidden.

A Stolen Kiss is the first in the Stolen Royals series - an adventure with magical creatures, dangerous secrets, and being true to the power within.

What listeners say about A Stolen Kiss

Not the story I was expecting, Better!

Reading the description for this book left me with the impression that it would some sort of Sleeping beauty meets swan princess.

it was not. it had elements for them but over all, A Stolen Kiss, is a brand new story that stands on it's own without being a retelling.

Derick is such a sympathetic protagonist, I love that even though he keeps making mistakes he never stops trying to fix them.

Maria, Humphrey and Sarah are also fun and engaging characters but, Derick really spoke to me.

I loved this book so much, the main characters were so great together as a group. Any of them could have been shipped together, well not the brother and sister, and I would have been satisfied with the outcome. The humor in this story was also perfectly balanced with the seriousness of the drama.

And there were so many plot twist it was so impossible to predict where this crazy journey was going to end up.

Narrator John Pirhalla did an amazing job. His timing was spot on for the punchlines and dramatic moments alike. He also does distinct voices for each character which go great with the personality of each and I love his performance so much.

What a charming story! I loved this fairytale/disney-ish/fable and everything about it! The characters were really enjoyable, and relatable. I loved the prince, and how he offered some comical relief. The stable boy was so love-able and of course, our princess was thoughtful and trying to find her place. With magic, twists and turns, love-able characters, and depth, this story was definitely a win. I'm hoping this author puts more work out soon so that I can devour it! The other awesome thing about this book was the narrator, John Pirhalla! He was awesome to listen to and gave such voice and tone to each of the different characters. I would listen to anything he reads in the future :)

Fantasy is not my usual genre, but I wanted something light after listening to several heavy mystery and intrigue novels, so I tried this recommendation. Admittedly, I had a hard time getting hooked, but the amazing array of voice talent by John Pirhalla brought this book to life. He managed to bring creative individuality to the unusual cast of characters and kept me intrigued.

Kelsey Keating is a good friend and a talented new author.

I was very pleased with John Pirhalla's performance narrating this book. He varies his tone and pitch effectively to capture multiple characters, but maintains a well established manner in his general narration to keep the listener interested.

I would highly recommend this audiobook for any fantasy/fairytale/romance fans out there.