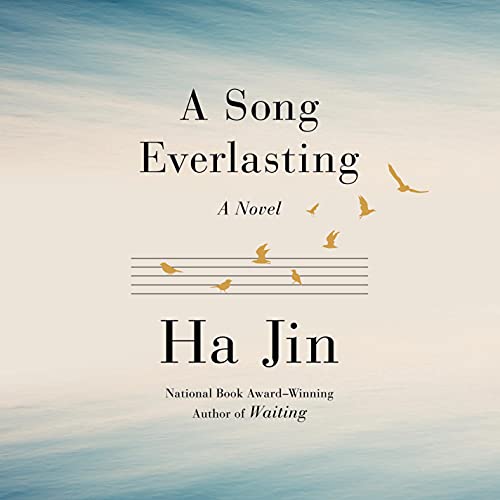 From the universally admired, National Book Award-winning, best-selling author of Waiting - a timely novel that follows a famous Chinese singer severed from his country, as he works to find his way in the United States

At the end of a US tour with his state-supported choir, popular singer Yao Tian takes a private gig in New York to pick up some extra cash for his daughter’s tuition fund, but the consequences of his choice spiral out of control. On his return to China, Tian is informed that the sponsors of the event were supporters of Taiwan’s secession, and that he must deliver a formal self-criticism. When he is asked to forfeit his passport to his employer, Tian impulsively decides instead to return to New York to protest the government’s threat to his artistic integrity.

With the help of his old friend Yabin, Tian’s career begins to flourish in the United States. But he is soon placed on a Chinese gov­ernment blacklist and thwarted by the state at every turn, and it becomes increasingly clear that he may never return to China unless he denounces the freedoms that have made his new life possible. Tian nevertheless insists on his identity as a performer, refusing to give up his art. Moving, important, and strikingly relevant to our times, A Song Everlasting is a story of hope in the face of hardship from one of our most celebrated authors.

“Ha Jin, author of the National Book Award winning Waiting (1999) and the brilliant A Map of Betrayal (2014), writes novels defined by profound thoughtfulness and quiet, unshowy grace. His unadorned prose; cool, hypnotic style; and nuanced, compassionate portraits of characters seeking freedom and fulfillment while running up against bureaucratic, political, and personal obstacles have won him a deservedly admiring readership. His latest novel, A Song Everlasting, marshals many of these winning features in the service of a deeply moving portrait of an artist as an immigrant in a new land." (The Boston Globe)

"The novel explores the ideas of freedom, love and belonging through the eyes of a sometime reluctant immigrant Tian.... Perhaps Ha Jin’s genius is how he takes the readers through a transformation of Tian’s life almost without their noticing. Yet the story is not a dramatic roller coaster ride. It is more like a river that flows through a corridor of unexpected turns, still staying inside its banks." (International Examiner)

“What is the value - and cost - of freedom? Yao Tian, a fictional Chinese singer, grapples with this question, as he starts afresh in the United States after defying his government, igniting 'a psychological duel from across the world.' Novelist Ha Jin paints in unaffected prose the struggles of immigrant life and the tensions between artistic drive and family duty. Tian, a kind man of conscience, ultimately triumphs.” (The Christian Science Monitor)

What listeners say about A Song Everlasting