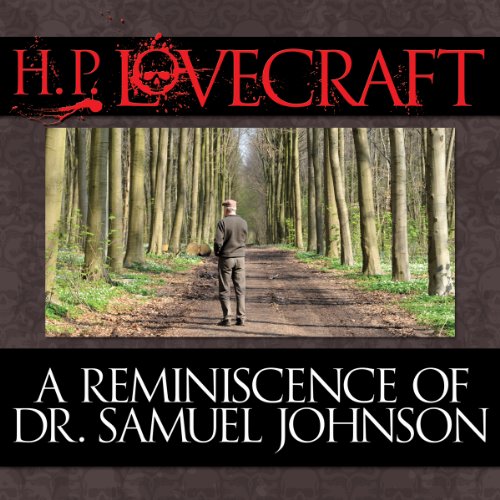 A Reminiscence of Dr. Samuel Johnson

A Reminiscence of Dr. Samuel Johnson

This is the tale of a 228 year old man, born in 1690, telling about his interactions with Dr. Samuel Johnson.

A large part focuses on their belonging to a literary club and the other men who also participated in the club. It is a simple observance of social interactions, as put forth by a very old man and his dated voice.

H.P. Lovecraft (1890-1937) was an American author best known for his work in horror, fantasy, and science fiction. Although he did not warrant much attention while he was alive, he is now considered one of the most influential horror writers of the 20th century. He is famed for creating the shared fictional universe of the Cthulhu Mythos and the fictional magical textbook "Necronomican."