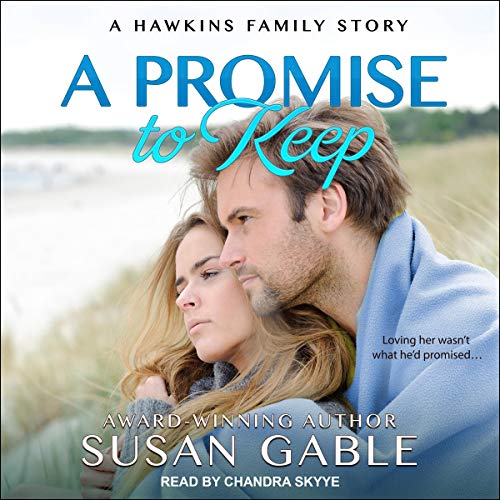 A Promise to Keep

By: Susan Gable
Narrated by: Chandra Skyye
Try for $0.00

Loving her wasn't what he'd promised....

Hayden Hawkins made a deathbed promise to his brother, Ian: Hayden would watch over Ian's son, Nick, and the boy's mother, Ronni. Despite Hayden's initial feelings for Ronni, everything changed when she captured - then broke - Ian's heart. Hayden's avoided her since.

Now, Nick's in trouble and needs Hayden's guidance. It's time to keep his promise. But getting close to Ronni stirs up old emotions, not all of them good. Then there's the new chemistry they're both feeling.

The last thing Ronni needs is to get involved with former Marine Hayden, notoriously known as the love 'em and leave 'em member of the Hawkins family. Not that he'd want her anyway. Her own husband hadn't wanted her...the cheating husband she'd intended to divorce before an IED in the Middle East blew up her entire life, trapping her in a prison of the vows he'd broken.

Hayden can't help but feel for her. She's not the woman he thought she was. She's so much more.

She deserves happiness. But neither of them can see how that's possible.

What listeners say about A Promise to Keep