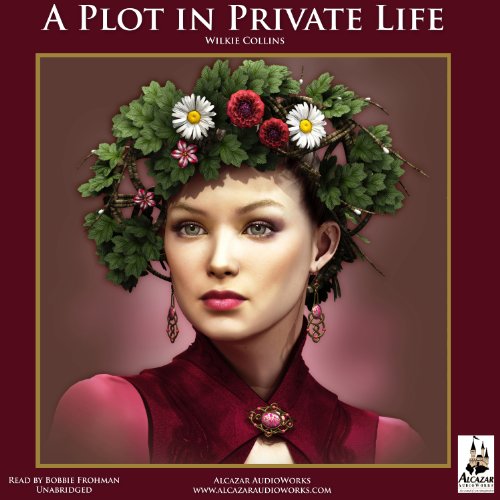 A Plot in Private Life

A Plot in Private Life

William, the narrator and faithful servant to rich widow Mrs. Norcross tells the story of her unhappy second marriage to James Smith. A detective lawyer's clerk, Mr. Dark, both confirms Smith's bigamous remarriage and, following his disappearance, proves Mrs. Norcross and William innocent of murder. Dark also recovers jewellery stolen by the maidservant and establishes her guilt. William's amiable relationship with the experienced detective foreshadows that between Betteredge and Cuff in The Moonstone (1868).

William Wilkie Collins (1824 – 1889) was a very popular Victorian novelist and a close friend and collaborator of Charles Dickens. Collins was a prolific writer, publishing not only novels, but many plays, short stories, and works of nonfiction. The son of a successful landscape artist, Collins developed an early interest in storytelling to disarm bullies at boarding school. As a child, Collins lived and traveled throughout Europe, and to please his father, became a lawyer. Collins sold his first short story at 19, his first novel at 24. He had a very successful career as a master of suspense with a distinct narrative voice, filled with social commentary. Wilkie Collins never actually practiced law, but his knowledge profoundly impacted his writing and he is considered one of the godfathers of the detective novel.