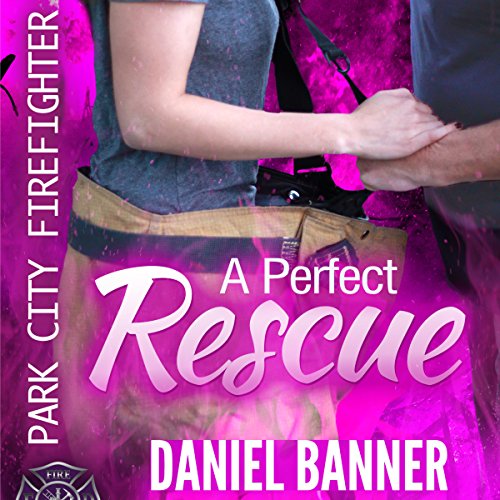 By: Daniel Banner
Narrated by: Sage Brighten
Try for $0.00

Emily Smith has always been told she's quite the catch, so why do all of her relationships end so quickly? And why does she attract pretty boys who make her feel anything but feminine? Sure, she's a firefighter and a better mechanic than most of the guys she knows, but she still wants someone who makes her feel like a lady.

Dominic is a brand new airline captain and is on top of the world. As the youngest of eight siblings, he's been bossed around his whole life and is ready to be in charge. But he feels like he's a half step behind this incredible new woman in his life.

When Emily faces tough days at work, and needs to recuperate in her own way, can Dom figure out how to be there for her but also give her the space she needs? If he can't strike a balance between being strong and being supportive, they might both decide that it's just another failed attempt.

What listeners say about A Perfect Rescue

This is part of a multi-author series. I've read them all and got to listen to this one. I enjoyed the story and the narrator did a great job. I highly recommend it.

There was more action in this book than the other Park City Firefighter novels. It was a great change of pace. A bike accident, a fire, and a final good outcome. I was not expecting that little "jewel" of advice from Clover near the end. My father was a life flight pilot and I wish he'd had some sort of routine like the heroine of our story used to decompress after a difficult day. This story hit close to home having grown up in a home with an emergency responder. I'm grateful to author brought up tough subjects while keeping it light and romantic enough. The pace was great too. It was a wonderful book to listen to. Can't wait to hear more from this author!

On top of the world

Lighthearted and funny story. Enjoyed it!
I received a complimentary copy of the audiobook; I was not required to write a favorable review. All opinions in this review are my own.

I had such a great time listening to this book. Dom and Emily are so good together and they will steal your heart. Their love story is innocent and tender with all the good feels. I will certainly recommend this book to others. I did receive this book for free in exchange for a honest review and I do review books for Audiobooks Unleashed. Happy reading!