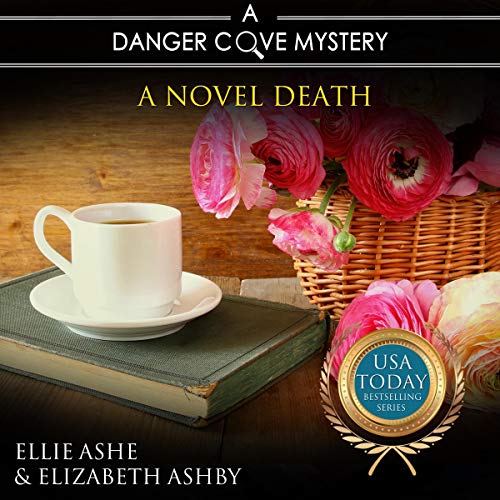 By: Ellie Ashe,Elizabeth Ashby
Narrated by: Ellen Quay
Try for $0.00

When Meri Sinclair inherited Dangerous Reads, she didn’t just get a bookshop. She inherited a legacy. It’s Danger Cove’s only bookstore, and her grandmother had made sure that it's a warm and friendly places for readers of all ages.

Determined to get off on the right foot, Meri has organized a series of author readings, starting off with Cal Montague, a Danger Cove native who grew up to become a solid B-list actor, and his tell-all his memoirs, Tales I Shouldn’t Tell. Only the actor turns out to be a difficult diva, and before the inaugural event can even start, Meri finds the guest of honor in the alley - shot dead. Turns out someone else thought Cal shouldn't be telling tales, too.

With motive and opportunity, the police have Meri in their sights. To save her business and her own skin, Meri turns to her small staff of part-time employees for help. Along with some assistance from Danger Cove’s hot new veterinarian, Meri, sets out to help the Danger Cove police - whether they appreciate it or not - before the murderer returns for a sequel.

What listeners say about A Novel Death

This is the first book of the series that I've read (even though it is the 10th in the series), and I am HOOKED. This is one of the best cozy mysteries I've read in awhile. In fact, it was so good that I kept finding myself spending more time reading and extending my "down time" than I'd planned. Ha, ha, ha. The characters are quirky, well written, and all individuals. The plot was fantastic, and even if you guess who it is early, the story is fun to watch unfold. I highly recommend this book, and I can't wait to purchase the rest of the series!

Meri Sinclair inherited Dangerous Reads, an icon in her little town. She needed a place to go after she inadvertantly mass emailed the company she worked for when her boyfriend broke up with her in an text. Just after that fiasco her beloved grandmother passed away leaving her the bookstore. So now she's trying to build up the bookstore business and is bringing in authors to sign their books and read a few passages. Her very first author is a diva of a man and a former Cove resident. Just before Mary is to open up he disappears. When she goes looking for him she discovers his body. Now her grand idea is looking like a grand failure as the police detective looks at her as suspect #1! Now it's up to her to save her reputation, her store and get the idiot detective too look beyond her!!
Ellen Quay brings Mary to life and her voice will enthrall you as you listen!!
Fantastic audio and story!!

A well written, fun, cozy mystery, A Novel Death is the tenth in the Danger Cove Mystery series but reads well as a stand alone. Two months previously, Meri's grandmother had died, leaving her bookshop, Dangerous Reads, to her and Meri had returned to the town where she had grown up to re-open and run it. Fortunate in also inheriting the bookshop's loyal staff, Meri devised a new program of visiting author talks to increase business, the first invited to speak and sign books to be a locally born man, now a semi-famous film actor, who's autobiography had just been published. But the talk does not happen and Keri finds herself suspect in a murder charge.

A Novel Death is an easy read, lighthearted book, with feel good characters sufficiently well developed to maintain interest and income colourful pictures in the reader's head. Told in the first person from the point of view of Meri, the reader is subject to all of her thoughts, hopes and memories as well as the attempts she makes to discover who really committed the crime - especially since the local detective seems so antagonistic. Returning to Danger Cove also returns Meri to the close attention of her mother, a great character. Narration is by Ellen Quay, in a clear, somewhat 'little girlie' voice which seems perfectly to fit with the character of Meri. Her enunciation is good, too, and well paced, delivered with emotion. A fitting performance which also attempts to deliver individually voiced characters throughout.

I thoroughly enjoyed this book and will look out for others in this cozy Danger Cove series. It is easy to dip in and out without losing the plot. And though it doesn't feel real, it does feel fun. My thanks to the rights holder of A Novel Death, who, at my request freely gifted me with a complimentary copy via Audiobook Boom.

A page turned in more ways than one.

I really enjoyed this book. Danger cove is just a great place to visit, well as long as it is only through the pages of a book or the speakers of your stereo. It is such a good idea for a group of authors to come together and write about the same location but with there own style and characters, it is fun to see which shops or characters I have already read met in other books and it doesn't matter if they are read on order of not because they are all different. I think this story is one of the better stories and it is definitely an author I will be looking up. I loved the setting of a book shop as the place for the murder to take place but it is the characters that really worked for me. I loved the main character and her relationship between her mother and even her staff. It contained all the elements of a good cosy mystery, a love interest, plenty of suspects and a cute pet. I hope to visit Dangerous reads again very soon.
Meri after inheriting her grandmother's book shop and a bad break up she returns to her home town to run it. To bring new life into her grand biggest treasure she sets up a number of author signings, starting with Danger Coves big film start. Cal is in town promoting his tell all biography and his first stop is Meri's book store. Unfortunately it also turns out to be his last. When his body is discover in the ally behind the shop Meri is the first suspect the police look at after a disagreement with the man. With plenty of visitors coming to the shop to see the murder scene but not buying books Meri sets out to clear her name and save her grand shop.
I liked the narrator and thought she was very good giving each character there own and unique voices and in the process bring this fun mystery to life.
I was given this free review copy audiobook at my request and have voluntarily left this review.