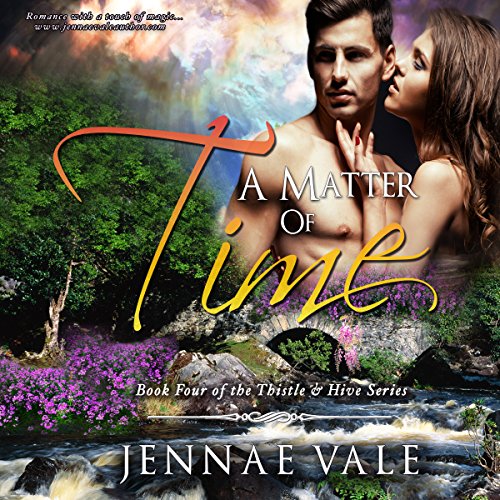 A Matter of Time

Sir Richard Jefford has a reputation and it's a bad one. The witch Edna Campbell seems to think he can change for the better, because she's giving Richard a chance to redeem himself in present day San Francisco. Confused as to why he's there and what he's to learn, Richard wonders how he can possibly be successful. Will he get his chance at a new life, or will circumstances deny him what he truly desires and cause him to return to his old ways?

Angelina Lawson thinks she has it all figured out when it comes to love. She is a beautiful woman who could have any man she wants, but Angelina doesn't trust any of them enough to ever be in love. Protecting her heart is first and foremost in her life, that is, until she meets a man so unexpectedly different, he could possibly change her mind and claim the heart she so fiercely guards.

Battling their pasts, as well as each other, Richard and Angelina find themselves running for their lives back to 16th century Scotland, while being pursued by Malcolm Granger, a man who would do anything to go back in time to recover a lost treasure.

What listeners say about A Matter of Time

Nice ending to the series

Things are brought to a conclusion for everyone in this romantic story. Minimal sex included.

A MATTER OF TIME

This book is a very good continuation of this series. Time travel with a valuable lesson.

I love this series and this book didn't disappoint me either! Paul Woodson did a wonderful job narrating the story and bringing the characters to life!