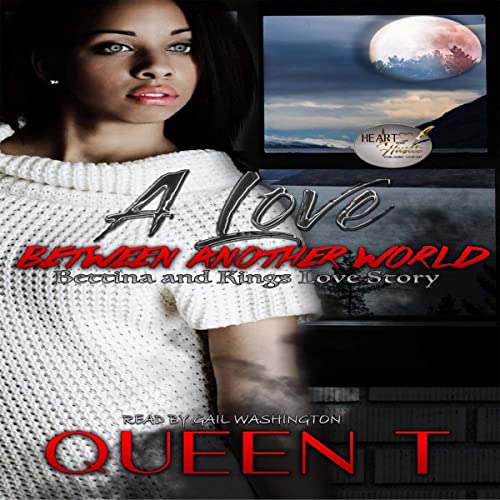 A Love Between Another World: Bettina and King’s Love Story

By: Queen T
Narrated by: Gail Washington
Try for $0.00

Bettina and King have it all a loving marriage, a healthy beautiful baby girl, and a successful working relationship. Following the birth of their half human, half immortal daughter, trouble in the marriage starts to slowly surface.

Bettina is struggling with being a new mother to a half human, half immortal child. Unable to tell her husband the truth that she is not connecting emotionally with their daughter she tries to deal with the emotional tale spin on her own causing a heavy strain on her once supportive and loving marriage.

King is desperate to have his wife back, he notices the changes in her behavior and tries to address it but she pushes him away each and every time. Frustrated with the new dynamic of their marriage he leaves their home and falls into the arms of someone new. The guilt he harbors after their one time encounter caused him to turn to new ways to cope with his impending failed marriage.

Jade is not ready to let her relationship with King go. Even though they only had one encounter, what they shared was one of the best she has ever experienced and Jada refuse to let him go. Unbeknownst to King she is from the same world as his wife and is fully aware of the powers of Ora she has running through her fingertips. With evil thoughts running rapid she calls upon a greater evil to help her gain Kings love and affection but at what cost?

Aviana Roberts the younger sister of Azreal and Bettina is sent to Earth to protect her family from any evils that may come their way. Living with King and her older sister she takes her new found position seriously vowing to protect her sister at all cost...but what happen when the bond you once had with your sister is broken by the things her husband does when she isn’t around? Can King and Bettina find their way back to each other? Or will the after effects of love and regret drift them further apart?

What listeners say about A Love Between Another World: Bettina and King’s Love Story