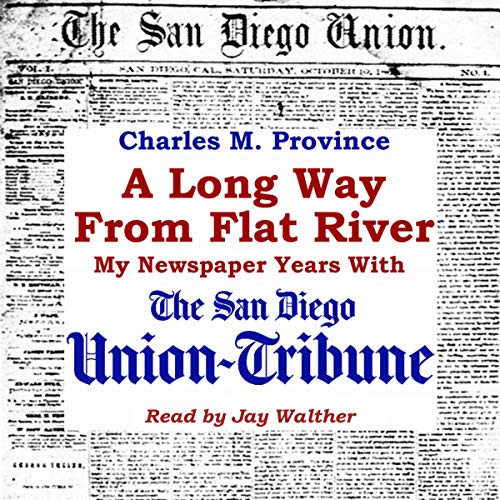 A Long Way from Flat River

By: Charles M. Province
Narrated by: Jay Walther
Try for $0.00

A Long Way from Flat River encapsulates Mr. Province's 36-year newspaper career with the San Diego Union-Tribune. The audiobook not only provides a background of the Copley family who owned the newspaper, in addition to many other newspapers in the Los Angeles area and in Illinois, but also gives a behind-the-scenes look at the newspaper industry and Mr. Province's personal involvement and history with the Copley Press from 1969 until his retirement in 2005.

What listeners say about A Long Way from Flat River