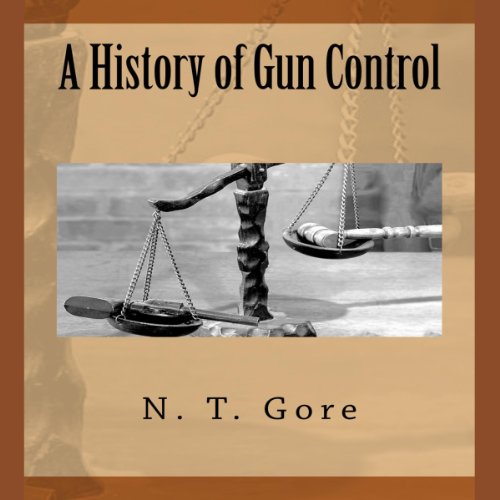 A History of Gun Control

This audiobook attempts to chronicle the history of those in power attempting to limit the access of firearms. We travel from the origins of gun control in pre-modern times from the Old West through the Depression Era and the three wars, to the 20th century and the issues gun control faces today. Further, we look at the development of gun control and its path of evolution into today's laws in the United States and globally. A succinct and thought-provoking, neutrally written introduction to the legal and historical issues at the heart of the gun debate. Includes: a history of gun control from pre-modern times to tomorrow, gun control on state and federal levels, modern American gun laws, gun control in Great Britain, Germany, Russia and China.

What listeners say about A History of Gun Control

Loved the information in this quick yet educational listen. The narration is a little monotone and reminded me of a high school reading that used to put me to sleep, but otherwise was a great listen.