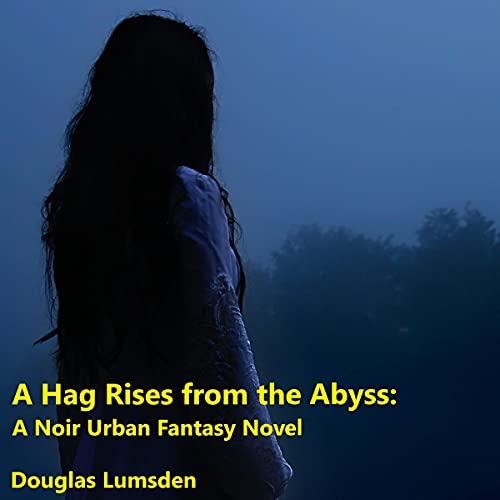 A Hag Rises from the Abyss

By: Douglas Lumsden
Narrated by: Duffy P. Weber
Try for $0.00

The stuff that nightmares are made of!

Years ago, while serving in the Borderland, Alexander Southerland watched helplessly as his friend was terrorized and murdered by the Sihuanaba, a mysterious avenging spirit known as the Woman in White. Now an established private investigator in the teeming metropolis of Yerba City, Southerland finds himself on a collision course with this specter from his past. As the detective tries to solve the riddle of a beautiful nightclub singer’s death, Southerland finds himself battling corruption, temptation, betrayal - and deadly horrors from his own nightmares!

What listeners say about A Hag Rises from the Abyss

This book series is great and I hope the author and narrator stick around for several more books. If you're a fan of hard boiled detectives this series is for you.

Private eye, Alexander Southerland, has a knack for finding himself in trouble! This time he finds himself tangling with the Woman in White, aka an avenging spirit whom he had the displeasure of encountering years before in another life and time. Now, he is charged with solving the murder of a nightclub singer and her children. As in most corrupt towns, Southerland has to walk a fine line or find himself “owing” the wrong person!

The author, Douglas Lumsden, continues to develop a world of intrigue, mystery, and supernatural combined in an intriguing way. He develops each character vividly and with a uniqueness that keeps the listener returning for his next book. The building of the storyline is slowed down in order to build the best suspense. My favorite is badass! Love that guy!

The narrator, Duffy Weber, gives each character a unique and distinct voice that helps the listener keep the characters and the story clear. Weber is also consistent with each book, the voice for Southerland is always spot-on. Weber captures the essence of each character and projects perfectly.

There were no issues with the production or quality of this book. The quality of the sound was crisp and clear.