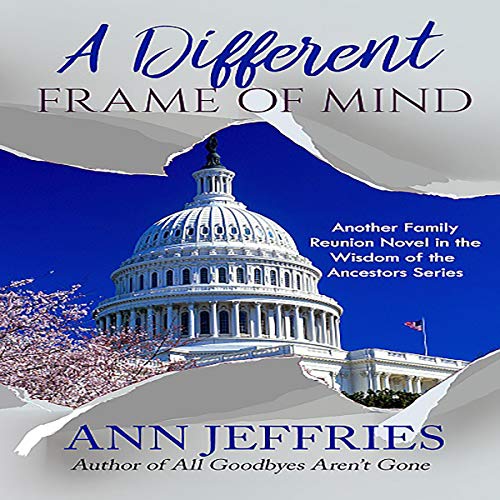 A Different Frame of Mind: Family Reunion - The Wisdom of the Ancestors

By: Ann Jeffries
Narrated by: Logan McAllister
Try for $0.00

Capri McAllister took her law degree and career into her hands and carved out a business as a lobbyist in the rough, competitive concrete jungle of Washington, DC's Capitol Hill often cutthroat society. She is young, not yet 30, but she is made of stern stuff. She loves her multicultural family fiercely, but she would not crumble under someone's attempt to intimidate her into dropping certain clients even if it means disgracing her family's good name.

Aerospace engineer and UCLA professor Dr. Tate Kennedy didn't want for much except to see his dream of a home in outer space become a reality. With his genius-level IQ, he need only convince the US Congress to properly fund his SPACEHOME project and to be among the first to launch into space to lay the foundation for future generations to build on.

His childhood friend, Capri, using her talents as a lobbyist, could be the link he needs to get the Congress and the president of the United States to step up and fund his project. When Capri and Tate team up, their efforts are hindered by elements who have deep pockets and a hidden agenda; one that may be potentially more dangerous and deadly than a space shuttle launch.

What listeners say about A Different Frame of Mind: Family Reunion - The Wisdom of the Ancestors

Intriguing story of Capri who is a lobbyist. She has a strong will and ideas especially with her family. When a childhood friend, Tate, joins her with his ideas of getting funding from Congress. Together they face strong opposition and hidden agendas. Well done in the plot and with the Narration by Login, given audio for my voluntary review