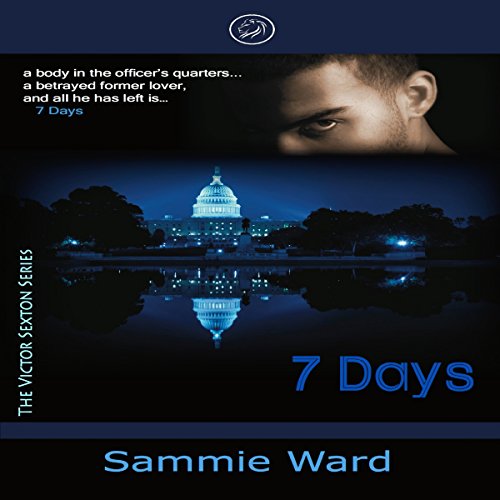 By: Sammie Ward
Narrated by: Brian McKiernan
Try for $0.00

After 16 years of military service to his country, Lieutenant Colonel Victor Sexton of the Army Criminal Investigation Division (CID) is looking forward to retiring in seven days, but when an army nurse is murdered in the officer's quarters, time is against him to find the killer.

Captain Dominique Frazier is an army nurse and hasn't seen Victor since spending two romantic weeks with him in Europe that left a devastating betrayal that has shattered her trust in military men. Fate throws them together when Dominique is assigned to a base near Victor. He is determined to pick up where they left off, but Dominique is determined to hide her desire for him.

When the evidence leads to Dominique's uncle, Senator Harold Upton, and Victor's former commander, Victor is involved in the most important battle of his military career. He has to fight to solve the murder and win the love he and Dominique once shared.

What listeners say about 7 Days

I liked the book but narrator voice did not fit the character. Domonique sounded so helpless and weak. Even when their voice was raised or angry you couldn't tell. The narrator needs to think about the characters voices. They all sounded the same except the country bumpkins. It was just okay for me. I had to fight to listen to the narrator.

I rarely write reviews, mainly because my tastes are so diverse that I like most books that I choose. This is however one exception. The story seemed disjointed and the characters were so wishy-washy that I never knew what they were doing. To make matters worse, the narrator was dreadful. There was little difference from one character voice to the next so that you were never sure which character was speaking. Frequently, even the gender of the character was in question. Definitely not for me and in my opinion, not worth a credit.